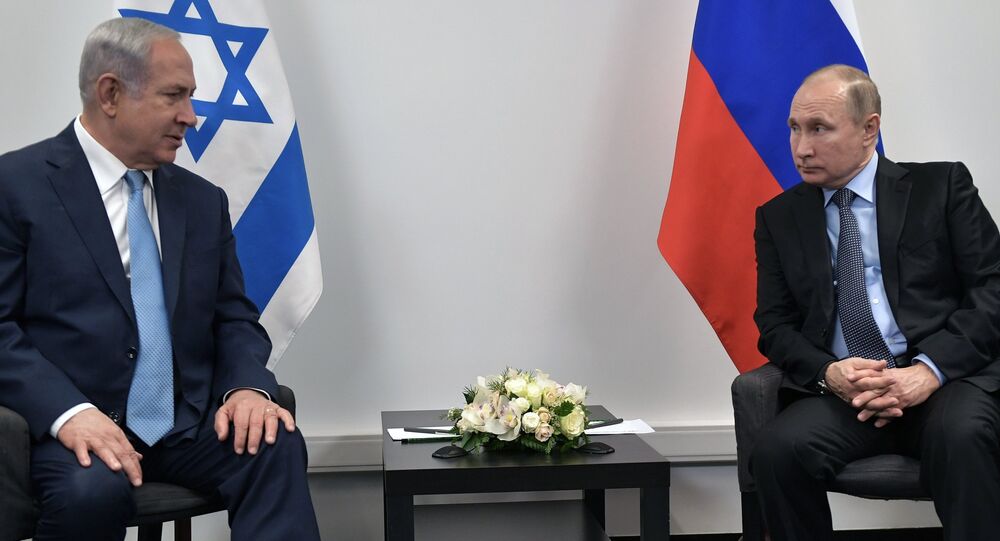 TEL AVIV (Sputnik) - Israel and Russia intend to set up a working group, involving a number of other states, which will facilitate the withdrawal of foreign forces from Syria, a high-ranking source in the Israeli government told Sputnik on Wednesday.

"It was decided to create a group with the participation of Russia, Israel and several other countries, which will work on the issue of the withdrawal of foreign forces from Syria", the official said after the talks. He declined, however, to specify the details of the initiative, including the countries that could be involved in the process in addition to Israel and Russia.

Israeli Prime Minister Benjamin Netanyahu met earlier on Wednesday with Russian President Vladimir Putin in Moscow to discuss security in the Middle East with a focus on Iran.

Netanyahu said Wednesday that high-level contacts between Russia and Israel contribute to security and stability in the Middle East.

"I believe that the direct link between us, our direct contact is important, as is guarantees lack of problems and clashes and ensures stability and security in our region", Netanyahu said.

© Sputnik / Ramil Sitdikov
'Conflict Can't Be Ruled Out': Iran's Zarif Warns Israel Against 'Adventurism' in Syria
Russia-Israel relations were put to test following the fatal crash of the Russian Il-20 plane in September 2018 that the Russian Defense Ministry held the Israeli Air Force responsible for. The plane was downed by a missile launched by Syria's air defense system targeting Israeli F-16 jets that were carrying out airstrikes in Syrian Latakia province. The incident claimed the lives of 15 Russian servicemen.

However, a high-ranking source in the Israeli government said earlier on Wednesday that Moscow and Tel Aviv have overcome the crisis in bilateral relations that was caused by the incident with a Russian Il-20 reconnaissance aircraft.

The source also stressed that Israel will continue to operate in Syria against the 'Iranian aggression', while maintaining communication channels to avoid further conflicts with Russia. Israel views Iran as a permanent threat to its national security and tries to undermine positions of the alleged pro-Iranian forces in neighboring Lebanon and Syria.