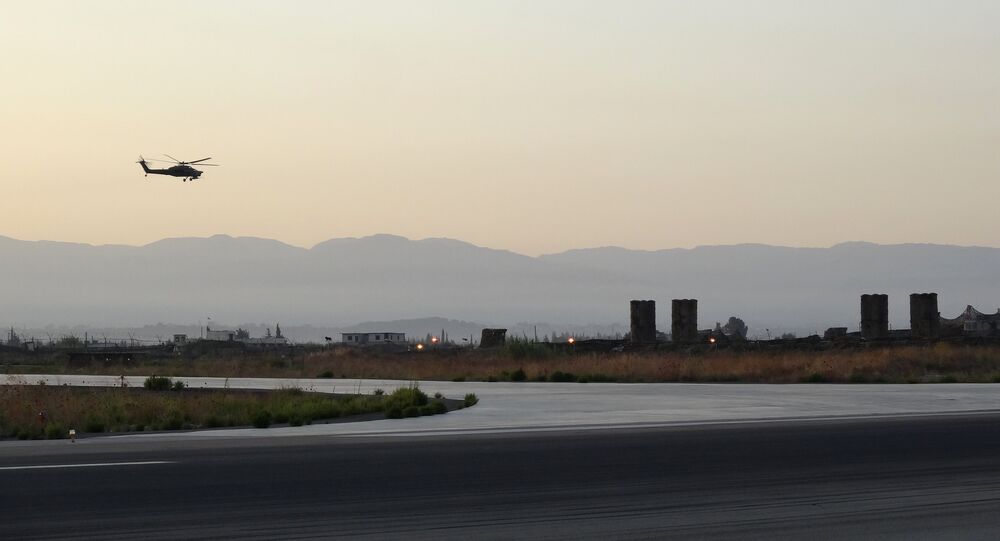 MOSCOW (Sputnik) - Militants have shelled settlements in the Syrian western-central province of Hama and western province of Latakia over the past 24 hours, the Russian Centre for Reconciliation of Opposing Sides in Syria said on Wednesday.

"Despite the ceasefire regime being established throughout the country, illegal armed formations in the Idlib de-escalation zone continue mortar and artillery attacks against the towns of Tell al-Maqtaa, Hama province, and Djub al-Magra, Latakia province", the center under the Russian Defense Ministry said in a daily bulletin.

Russia also continues to provide humanitarian aid to Syria and has delivered 500 food sets to the residents of Quneitra and Aleppo provinces over the past 24 hours.

Meanwhile, 52,140 people have been granted pardon as of Tuesday as the Syrian authorities continue to implement the presidential decree on amnesty for those, who evaded military service.

© AFP 2020 / George OURFALIAN
Russian Military Police Become Effective Peacekeeping Force in Syria - Police Chief
Syria has been in a state of civil war since 2011, with the government forces fighting against numerous opposition groups and militant and terrorist organizations. During the most intense periods of the conflict, the Russian armed forces provided military assistance to Damascus. Russia, along with Turkey and Iran, is a guarantor of the ceasefire regime in Syria.

Moscow has also been providing humanitarian aid to residents of the crisis-torn country. Since the Syrian government has regained control over most of the country's territories that were seized by terrorists, it is now focused on creating favorable conditions for repatriating refugees. Moscow is also assisting Damascus in this process.