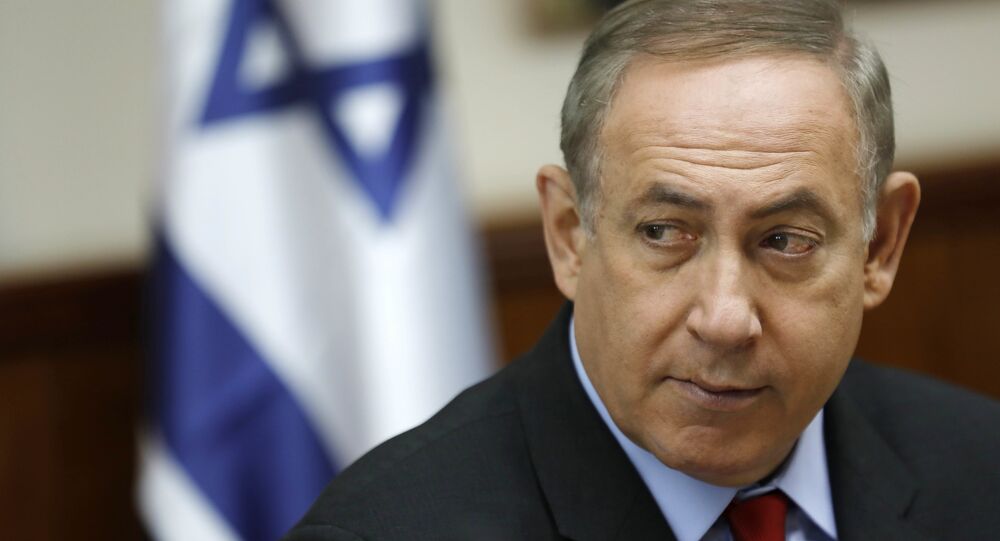 The Israeli Air Force has been conducting strikes on targets in Syria, claiming them to be Iranian military bases. Tehran has denounced Tel Aviv's claims stating that only Iranian military advisers are in the Arab Republic at the request of Damascus.

Israeli Prime Minister Benjamin Netanyahu has urged Iran to pull out its forces, allegedly stationed in Syria, threatening to continue air raids on the territory of the Arab Republic, The Jerusalem Post reported.

"I'm telling you, get out of there fast. We won't stop attacking", the Israeli prime minister said.

Netanyahu further denounced Iranian statements that it hadn't deployed any troops in Syria by claiming that Tehran "always lies". The Israeli prime minister added that even information about a failed Iranian satellite launch was a hoax, claiming that in fact it was launched to cover up Iranian efforts to construct an intercontinental ballistic missile.

His statements come in the wake of Israeli airstrike on the Damascus suburbs on January 12, which damaged Damascus International Airport service buildings and several planes. Netanyahu stated on the next day that the Israeli Air Force had targeted alleged Iranian and Hezbollah weapons depots in Syria.

This is not the first time Israel has admitted to having conducted airstrikes in Syria, stating that it was targeting Iranian military facilities, allegedly located in the Arab state. Iran has repeatedly denied having deployed troops to Syria, noting that it has only sent military advisors to the country. Tehran and Damascus have slammed Israeli air strikes on the Arab Republic on multiple occasions, calling for the international community and the UN to stop further air raids by Tel Aviv.