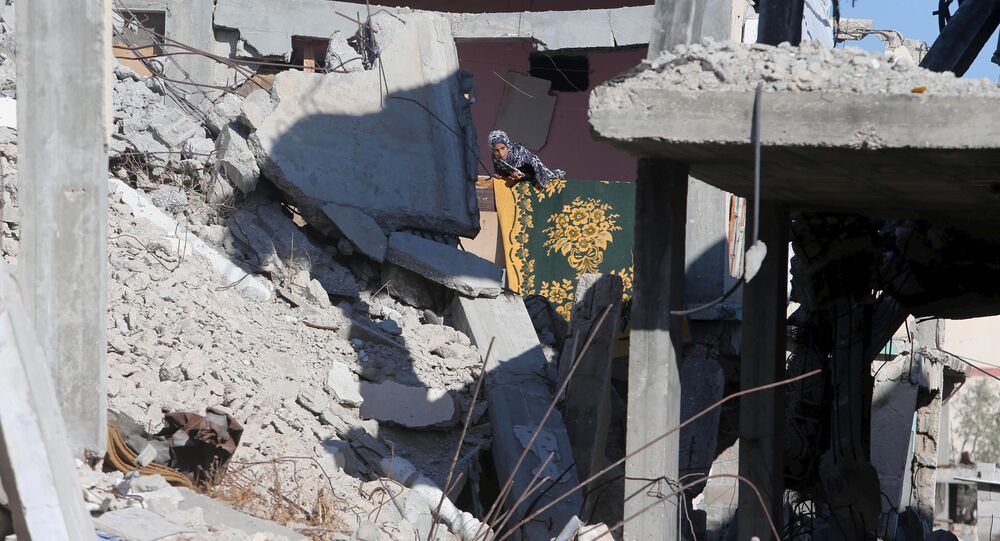 MOSCOW/GAZA (Sputnik) - A blast in the Gaza Strip territory occurred inside an empty house, the Palestinian Interior Ministry said in a news release.

Palestinian Health Ministry spokesman Ashraf Qidra told Sputnik that all the victims, who sustained moderate injuries, were sent to a local hospital. The cause of the incident is unknown and an investigation is underway.

© AFP 2021 / SAIF DAHLAH
Russia Ready to Organise Meeting Between Hamas and Fatah Representatives - Deputy FM
Palestinians declared the independence of the State of Palestine in 1988, claiming territories on the West Bank and the Gaza Strip, with Jerusalem as the nation's designated capital. Partial control of those territories was assumed in 2004, after the self-governing Palestinian Authority (PA) was established.

The PA, formerly known as the Palestinian National Authority (PNA), was formed as a consequence of the Oslo Accords between the Palestine Liberation Organization (PLO) and the government of Israel.

In early 2018, an explosion hit a site near Palestinian Prime Minister Rami Hamdallah's motorcade on the Gaza Strip. Hamdallah was not injured in the blast. The Palestinian National Authority placed blame for the attack on the Hamas movement, which has been governing the Gaza Strip. Hamas, in turn, condemned the attack on Hamdallah's convoy and called on law enforcement agencies to quickly identify and prosecute  the perpetrators.

© REUTERS / Amr Abdallah Dalsh
Hamas-Fatah Accord Risks Failing Due to Groups' 'Different Methods'
In October 2017, Palestinian President Mahmoud Abbas and the rival Fatah faction, headed by Abbas, signed a reconciliation agreement, prior to which Hamas agreed to hand over administrative control of the Gaza Strip and start talks with Fatah in order to hold a general election in Palestine.