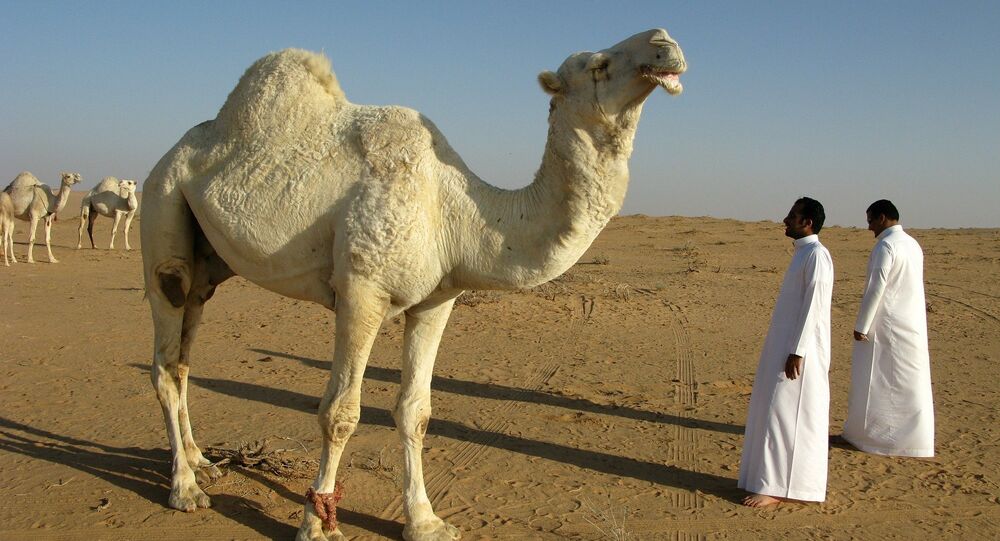 The name of the contest, which gathers thousands of the iconic desert animals near Riyadh, refers to the creation of the Kingdom of Saudi Arabia by King Abdulaziz. It was these animals that allowed the king's army to move across the scorching hot desert and conquer new lands.

Although camels, or as Saudis refer to them, the "ships of the desert", are no longer commonly used as a means of transportation, they remain a kind of "luxury" in Saudi Arabia and are still honoured by its citizens. It is no wonder, therefore, that almost 20 years ago a tradition to determine the best of these creatures was established by a group of Bedouins, who received the support of the royal family.

Soon, judges at the King Abdulaziz Camel Festival will once again determine the most beautiful camels out of almost 30,000 contestants in five categories. Almost everything about a camel's looks matters — the size of its head, whether its lips cover its teeth, the length of its neck, the roundness of its hump, even the size of its eyes. The winners will not only bring hefty prizes to their owners, but will also rise in value at the auction, also taking place at the festival.

But the event is not just a "Miss Camel" contest, as it's referred to internationally. It also includes camel races, with prizes for the owners of the fastest animals. The overall value of the prizes in the event is some 213 million riyals ($78.8 million), according to ABC.

As with any competition, rivalry between contestants is fierce and some of them resort to cheating. This is partially why a large contingency of veterinarians is present — they determine whether camel owners have manipulated the creatures' natural beauty and strength. 12 camels have already been disqualified after doctors revealed that they had been injected with Botox to enhance their appearance.

The festival is named after King Abdulaziz, who is considered the founder of Saudi Arabia. In the military conquest that led to the creation of the kingdom, he often used camels as a means of transportation for his army. These animals had long been used by inhabitants of the Arabian Peninsula as the most comfortable way to traverse the desert and are even now praised for their endurance.

US Trade Tariffs – the Straw That Could Break the Camel's Back

China Closes Over 130 Mineral Extraction Projects to Save Camels