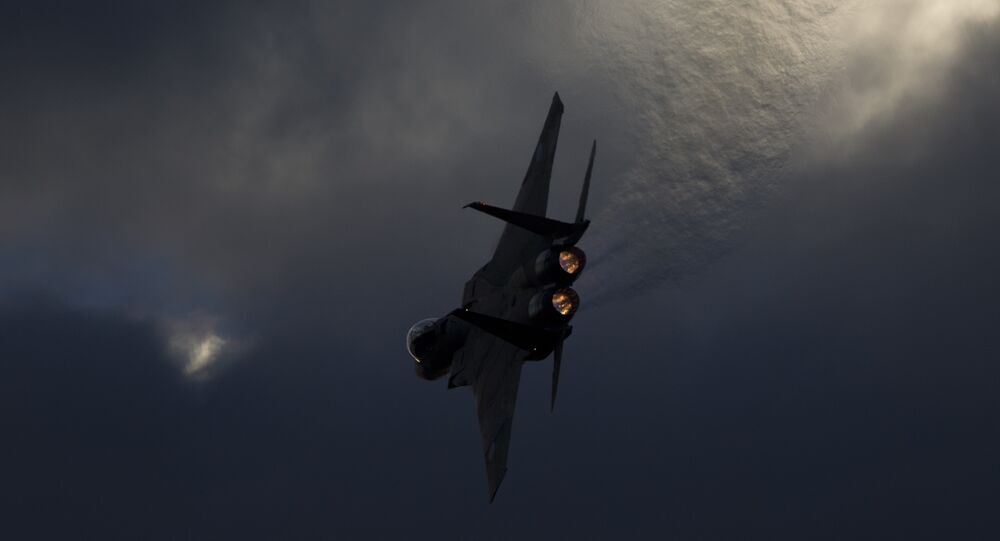 Six jets of the Israeli Defence Forces (IDF) opened fire on targets in Syria on Tuesday night; most missiles were reportedly intercepted by Syrian air defence forces. Both Damascus and Moscow have condemned the attack, which Washington said was aimed at Hezbollah's targets.

Syria's Foreign Ministry said in a letter to the United Nations on Wednesday that Israel's missile attack on Damascus and its suburbs is an evidence of unlimited support that Washington gives to Tel Aviv.

"Syria underlines that Israel's continuous aggressive policy is possible due to the unlimited and consistent support of the American administration," reads the statement.

The ministry added that Israeli attacks seek to drag out the Syrian conflict and boost the morale of terrorist groups that confront Bashar al-Assad's government. Damascus also called on the UN to take steps against Israil in order to prevent such incidents in the future.

Lebanon, for its part, announced that it would send a complaint to the UN Security Council against Israel over its invasion in the country's airspace to attack Syria.

"There was an agreement that Lebanon will file an urgent complaint to the UN Security Council against Israel and will take a decision that will protect Lebanon and [its] citizens," said Lebanese Minister of Public Works and Transport Youssef Fenianos.

The IDF has yet to comment on the incident; however, the military issued a transparent statement on Wednesday. "This is not where the story ends; if need be, we will operate with the same determination, the same precision, and with the same professionalism shown by the people of the Air Force, whether on the ground or in the air."

The state-run Syrian Arab News Agency (SANA) reported on Tuesday that Israeli military jets launched missiles from Lebanese airspace, most of which have been downed before reaching their targets. An ammunition storage was ostensibly damaged and three Syrian soldiers injured during the operation.

Russia's Foreign Ministry stated following the report that the six Israeli F-16 aircraft that carried out the 1.5-hour long airstrike threatened two unnamed passenger jets, which were landing at airports in Beirut and Damascus. Moscow described the attack as a "flagrant violation" of Syria's sovereignty and UN Security Council resolutions.

Israeli Prime Minister Benjamin Netanyahu earlier pledged to continue operations in Syria to counter what it calls Iran's growing military capabilities in the country, following the US' decision to withdraw from the Arab Republic.