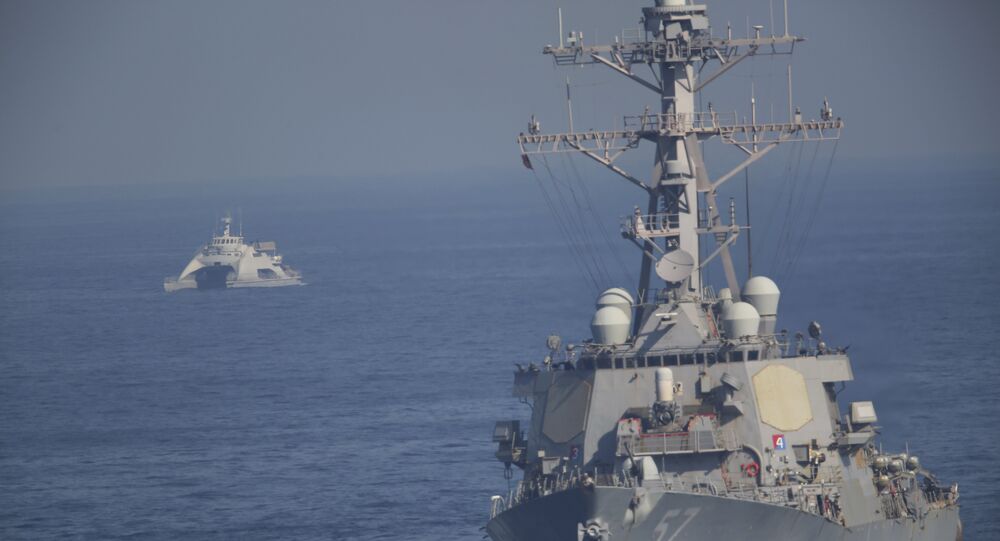 Iranian Admiral: US Will Never Be Allowed in Iran’s Territorial Waters

Iran’s Deputy Chief of the Army for Coordination Rear Admiral Habibollah Sayyari said that Iran will never allow US warships to approach its territorial waters, noting that the Islamic Republic is ready to respond to any action by Washington.

Sayyari made his remarks on Monday while explaining the reaction of the Iranian Navy to the return of the American aircraft carrier, USS John C. Stennis, to the Persian Gulf on Friday after a long absence, PressTV reported.

“The response of the Armed Forces and the Army of the Islamic Republic is that we will never allow them [US warships] to come near our territorial waters,” Sayyari said.

He also noted that the presence of the US warship doesn’t pose any significant threat to Iran, saying that the US “cannot take any measure against us, because we are so prepared and have enough capabilities to stand up to such a publicity stunt.”

The rear admiral added that any country is allowed to sail in international waters just as the Iranian Navy does.

© AFP 2020 / ATTA KENARE
Iran Offers to Provide Health Services to Yemen, Syria
On Monday, concurrent with the arrival of the US aircraft carrier, the Islamic Revolution Guards Corps (IRGC) held the last stage of the “Great Prophet 12” military exercises in the Persian Gulf, which contained an “offensive” component in Iran’s military strategy. The drills featured amphibious operations and the seizing of bridgeheads along the coastline and enlisted various IRGC Ground Force units, drones and Zolfaqar fast patrol craft.

The US 5th Fleet is currently deployed in the Persian Gulf. Iran has repeatedly warned that any act of trespassing on its territorial waters would be met with an immediate and appropriate response.