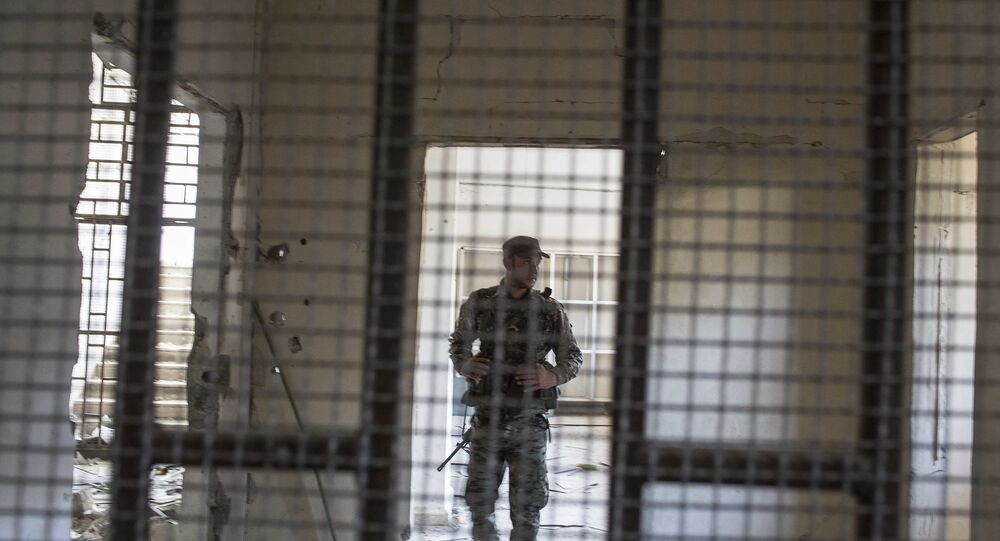 "The IS [Daesh] uses US statements about troops’ withdrawal and ramps up attacks on our forces", SDF spokesman Kino Gabriel said.

According to Gabriel, SDF forces continue offensive into Hajin and its suburbs in coordination with the US-led international coalition.

He, however, added that the SDF saw no signs of the real pullout of US troops from Syria "on the ground".

The statement comes after White House spokeswoman Sarah Sanders said on 19 December that the United States began the pullout of its forces from Syria. She noted that the troops' withdrawal did not mean the end of the US-led international coalition's fight against Daesh.

© AP Photo / Militant website
US Envoy for Anti-Daesh Coalition Reportedly Resigns Over Troops Pullout From Syria
The White House announcement has followed President Donald Trump’s remark about the Daesh defeat in Syria on the same day when the US President  Trump claimed that the US troops had no reasons to remain in Syria as they were present exclusively for the fight against Daesh.

While the US move has sparked concerns among their allies about the security situation in the region being jeopardized, Moscow believes that the US military presence in Syria does not contribute to a political and diplomatic settlement of the crisis.

The Kurdish-led SDF, backed by Washington, are engaged in a fight against terrorists. They control some regions in northeastern Syria, which the Syrian government has repeatedly stressed, is illegal.