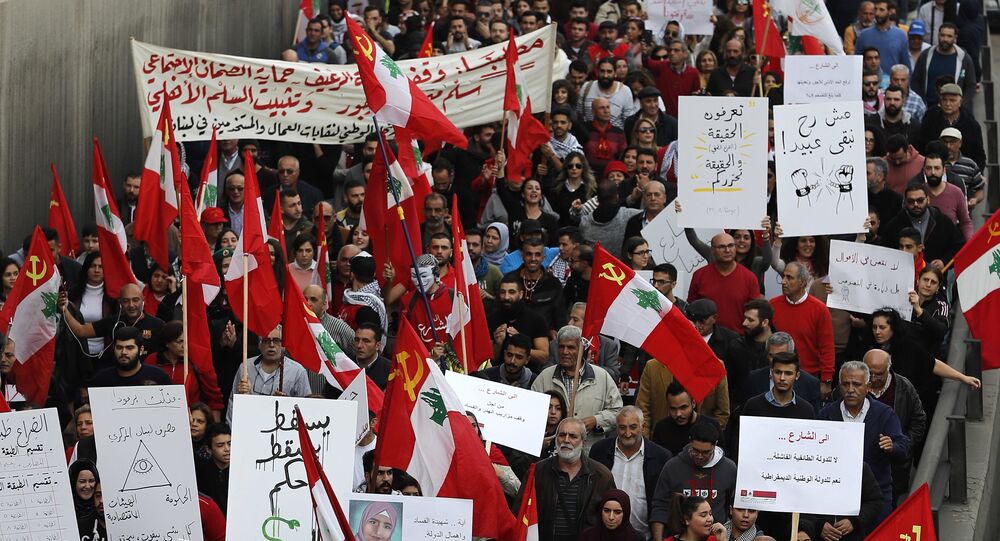 BEIRUT (Sputnik) - Mass anti-government rallies broke out in Lebanon on Tuesday after the death of a Palestinian toddler, who was denied admission to a local hospital because his parents could not afford to pay for medical treatment.

Following the tragic event, the first spontaneous rallies took place in Palestinian refugee camps in the suburbs of the city of Tripoli in the north of the country.

Troops were deployed to the scene, with some of the videos of the protests featuring officers dispersing protesters.

© AP Photo / Mohammed Zaatari
Hezbollah-Affiliated Media Sneak Up on 'IDF Troops' Along Lebanon Border (PHOTO)
An unauthorized rally was also held in the center of Beirut. Protesters organized a march and a demonstration with anti-government slogans in front of the government building at Riad Al Solh Square. Security forces encircled the protesters, there were clashes with police.

Earlier, media reported that Mohamed Wahba, 3, needed urgent brain surgery, worth some $25,000. His parents did not have the money. The boy went into a coma, but a local hospital reportedly refused to admit him due to his parents’ inability to pay for the treatment. The boy died and was buried on Tuesday morning.

The new rallies came after more than 5,000 people took to the streets of Beirut on Sunday to participate in an anti-government demonstration organized by communists. Protesters reproached the government and lawmakers over the "failed" economic policy, slamming alleged transfers of budget funds to private banks, and the ongoing energy crisis.

The political crisis in Lebanon has continued since May. The country's ruling parties cannot form a government, accusing each other of putting their own interests above those of the state. In addition, the economic situation continues to deteriorate. There is a strong rise in unemployment and prices against the backdrop of an increase in foreign debt. The situation is aggravated by the presence of over 1 million registered refugees from Syria in the country.

Films From Lebanon, Mexico Among Nominees for 2019 Golden Globe (VIDEOS)