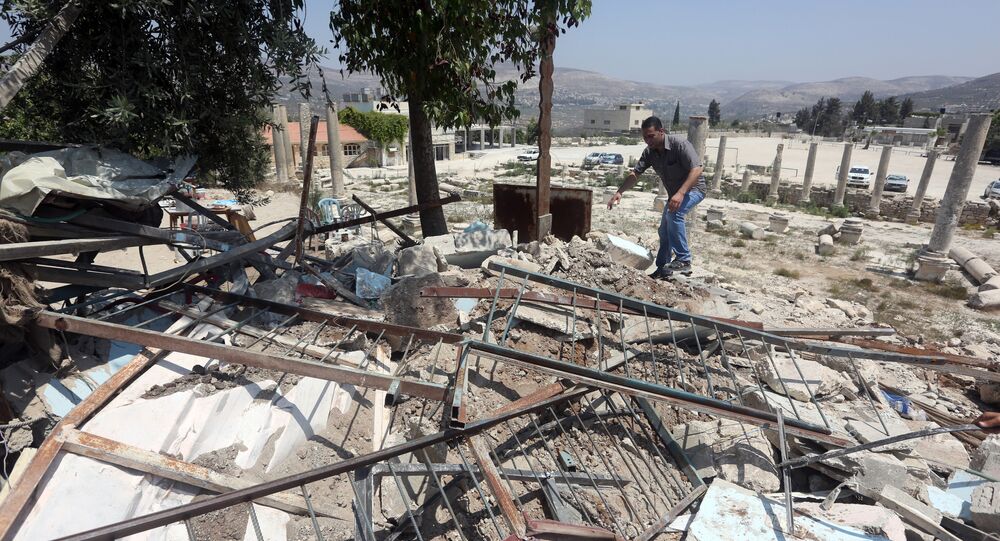 "The result of the vote is as follows: 156 in favor, six against, 12 abstentions," Espinosa said on Thursday. "The draft resolution is adopted."

© AP Photo / Ariel Schalit
Trump to Pressure Netanyahu on Israel-Palestine Peace Plan – Report
The Comprehensive, Just and Lasting Peace in the Middle East resolution sponsored by Ireland urges to end the occupation of Palestinian territories by the state of Israel and reaffirms its support for the two-state solution.

The United States and Israel voted against the resolution in addition to Australia, Liberia, Marshall Islands, and Nauru.

The adoption of the resolution came after UN Secretary-General Antonio Guterres last week urged Israel and Palestine to peacefully resolve their conflict by supporting the two-state solution plan that envisages an independent State of Palestine alongside the State of Israel, west of the Jordan River.

For decades, Palestine has been in conflict with the Israeli government. In November, at least 40 Palestinians were injured in clashes with Israel troops near the Gaza Strip border. Since 1967, Israel has been occupying Palestinian territories of the West Bank, including East Jerusalem, and the Gaza Strip, and refuses to recognize Palestine as an independent political and diplomatic state.