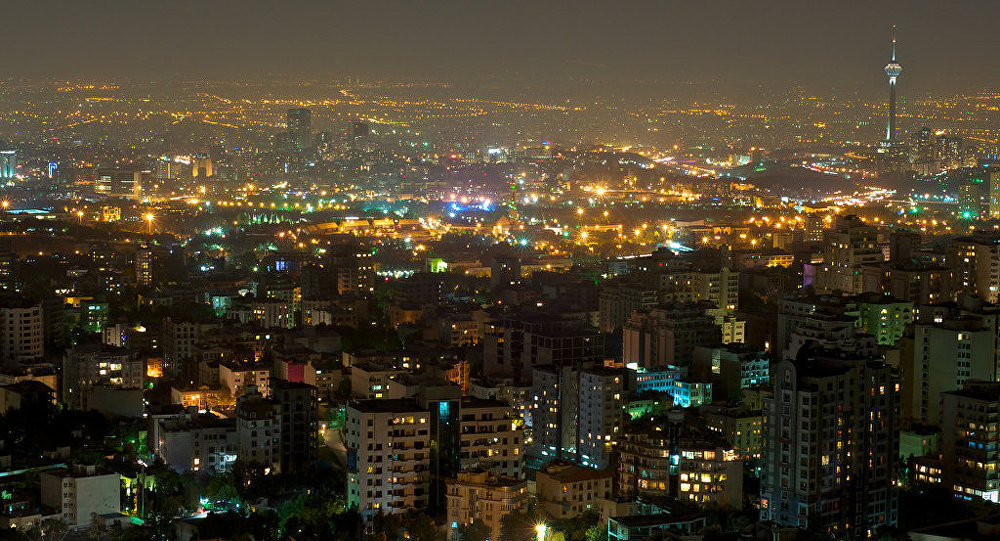 As Iran is working on neutralizing the effect of US sanctions and ensuring continued oil exports abroad, a new threat is emerging, posing a threat to its capital city.

Iran's capital, Tehran, is irreversibly sinking. But not economically speaking — it is literally sinking deeper into the ground by dozens of centimetres every year, according to recent research conducted by the GFZ German Research Centre for Geosciences. Using satellite data in the period between 2003 and 2017, researchers detected that the western part of the city, situated on the Tehran Plains, and the southeast suburbs of the city, Varamin Plain, are "sinking" by about 25cm per year. These regions include both urban and agricultural sectors of the capital.

Tehran's international airport is also in the risk zone, but is currently it descending at a slower pace — 5cm a year. According to the research, a total of 10% of the city's urban area is affected by the phenomenon.

The presumed reason behind the sinking is the significant depletion of the aquifer beneath the city as a result of its overuse by the capital's population and surrounding agricultural activities. Another problem is the illegal pumping of groundwater — in Teheran, there are some 30,000 illegal wells, which are further lowering the underground water levels.

Possibly the worst thing about the phenomenon is the risk of it being irreversible — research shows that refilling groundwater reserves doesn't "lift up" soil that has already sunk. Along with the decreasing porosity of the underlying bedrock, it creates the conditions for potential massive flooding in the Iranian capital.

This problem comes as Iran is struggling to overcome US economic sanctions, which seek to curb the country's energy exports and sever its ties with foreign businesses by excluding Iranian banks from SWIFT. The sanctions were imposed after Washington announced its withdrawal from the Iran nuclear deal, a move which sent the two countries' bilateral relations into a nosedive.

At the same time, Iran is working jointly on a workaround in order to safely work with European firms and bypass the US sanctions. Tehran also warned Washington against limiting its oil exports, threatening to block all energy exports from the Gulf States.