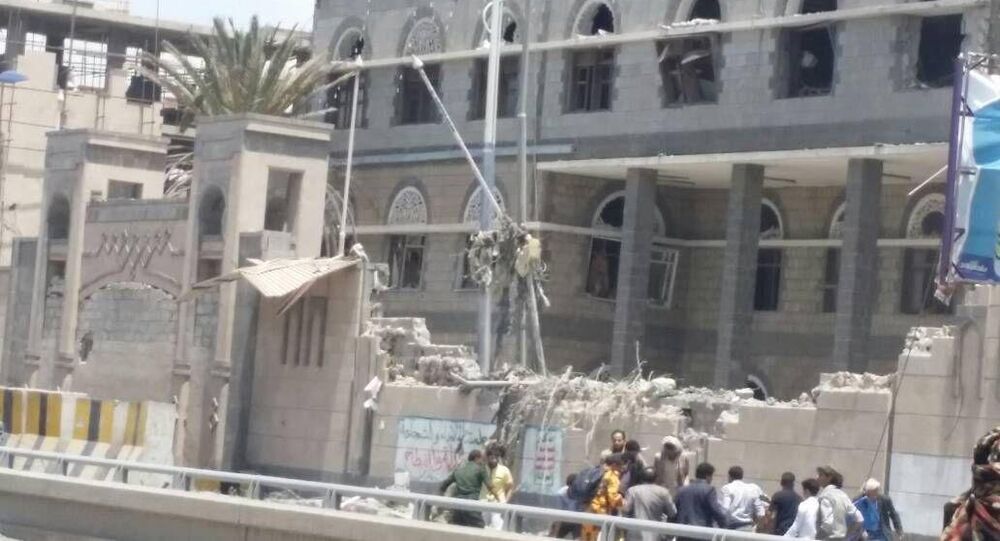 MOSCOW (Sputnik) - The Ansar Allah movement's proposal for a ceasefire in Yemen is mired by concerns over its ability to uphold it, Mukhtar al-Rahbi, an adviser to the Yemeni minister of information and former press secretary to Yemen’s president, told Sputnik.

"The problem is not in the declaration of a ceasefire by the Houthis but in their adherence to this because the Houthis did not previously adhere to [the ceasefire]," Al-Rahbi said.

The adviser's comment refers to the Houthi Supreme Revolutionary Committee's statement of 19 November about them being ready to declare a ceasefire with the Saudi-led coalition and come to a fair peace.

The government of Yemen considers it a priority to implement existing UN Security Council (UNSC) resolutions that promote the country’s peace process before adopting new ones, Hamza Alkamaly, a member of the Yemeni government delegation to the UN-backed talks in Geneva and to the upcoming round of consultations in Sweden, told Sputnik.

"It is not about supporting the [UK draft] resolution; there are still discussions on the final draft. We believe that the implementation of [UNSC Resolution] 2216 is the most important thing right now. We don't want any new resolution as much as we want to implement the previous resolutions," Alkamaly, who is also deputy youth and sports minister, said.

© Sputnik / Нэнси Сисель
UK to Propose UN Security Council Resolution on Yemen Monday
Meanwhile, a draft resolution put forward by the United Kingdom on 19 November before the UN Security Council, among other measures, also called for an immediate cessation of hostilities for areas around the port of Al Hudaydah, proposing that both sides of the conflict "cease all attacks on densely populated civilian areas across Yemen" and stop missile and drone attacks targeting regional states and maritime areas.

The Houthis and the government of Yemen are expected to meet in Sweden for the next round of consultations on a peaceful settlement. In September, the United Nations attempted to hold such talks in Geneva, but the Houthis said they were prevented from leaving Yemen by the Saudi-led coalition, which has been carrying out the airstrikes that target areas controlled by the Houthis since March 2015. The coalition has denied these allegations.

The UNSC adopted Resolution 2216 in 2015, which called on the Houthis to withdraw from all areas seized during the latest conflict, relinquish arms seized from military and security institutions, and to fully implement previous UNSC resolutions.