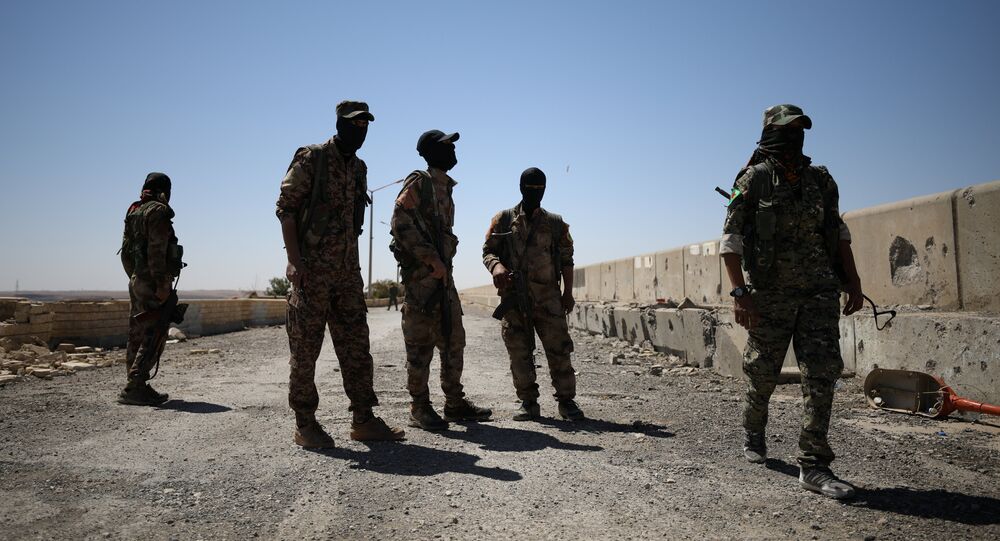 MOSCOW (Sputnik) – The US-backed Syrian Democratic Forces (SDF) have suspended their fight against the Daesh* terror group due to attacks on them by Turkey in the north of Syria, the US Central Command spokesman, Navy Capt. Bill Urban, said in a statement.

"The Syrian Democratic Forces have temporarily suspended offensive actions against ISIS in response to cross border attacks by Turkey against SDF positions in Northern Syria. We anticipate this will be a temporary suspension," Urban said.

The official called for the de-escalation of the situation and emphasized that "unity of focus on the defeat of ISIS is imperative."

© REUTERS / Rodi Said
Daesh Kills 60 SDF Militants in Surprise Attack East of Euphrates River
On Tuesday, Turkish President Recep Tayyip Erdogan announced the upcoming launch of an offensive against the Kurdish People's Protection Units (YPG), a large branch of the SDF, in Syria. Turkey believes that the YPG is affiliated with the Kurdistan Workers' Party (PKK), listed as a terrorist group by Ankara.

On Wednesday, Omer Celik, the press secretary of the Turkish ruling Justice and Development Party, stated that the activities in the Syrian territories located to the east of the Euphrates River and controlled by the SDF had nothing to do with the fight against Daesh.

The SDF has long been the point of disagreements between Turkey and the United States, the two NATO allies. Ankara has condemned Washington for sending arms and providing other support to the group while Washington has been calling on Ankara for restraint in its conflict with the Kurds.

*Daesh, also known as IS/ISIS/ISIL/Islamic State, is a terrorist organization, banned in Russia and many other countries.