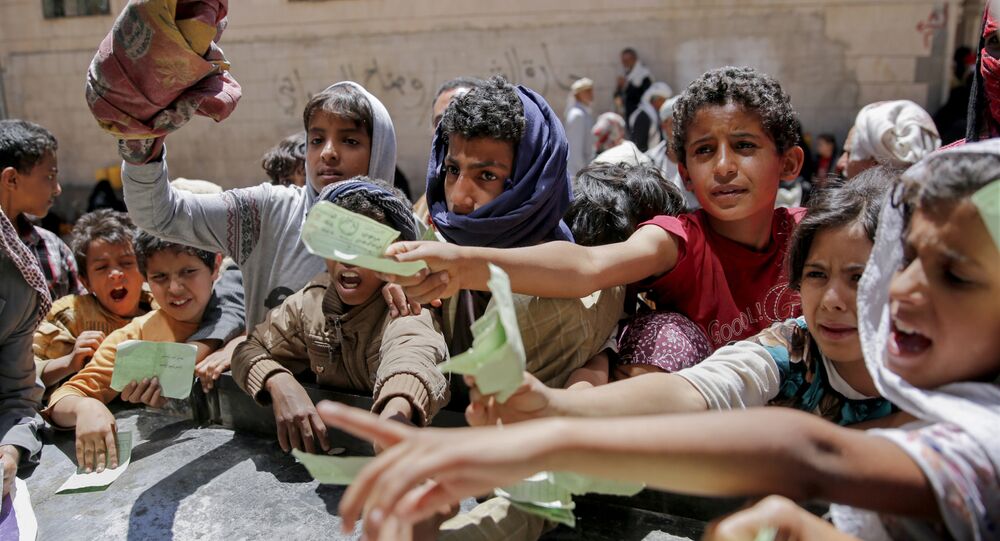 US Deputy Secretary of State John Sullivan and UN Special Envoy Martin Griffiths during a meeting in Washington discussed steps to address the suffering of the Yemeni people and reboot peace talks, State Department spokesperson Heather Nauert said in a press release.

"The Deputy Secretary and the Special Envoy discussed the dire humanitarian situation and latest steps being taken to alleviate the suffering of the Yemeni people, as well as the urgent need for de-escalation and dialogue throughout Yemen," Nauert said on Tuesday Sullivan also thanked the UN envoy for his dedication to renewed peace talks among all parties to end the conflict.

"There is now a clear and present danger of an imminent and great big famine engulfing Yemen: much bigger than anything any professional in this field has seen during their working lives," he said. Lowcock told the UN Security Council that last month’s estimate of 11 million people in Yemen facing severe food shortages in the coming months was wrong.

"The total number of people facing pre-famine conditions… could soon reach not 11 million but 14 million. That is half the total population of the country," he said.

READ MORE: Members of US Military Working as ‘Contract Killers’ in Yemen

Fierce clashes and airstrikes on the Red Sea port city of Hudaydah have blocked the eastern road to Sana, impacting food convoys from key ports that feed northern Yemen, he said. The emergency relief chief stressed all parties to the years-long conflict must end fighting around civilians infrastructure, required to bring aid to the population, and declare a humanitarian ceasefire.

"All of Yemen’s ports and also airports must continue to be open and operational. It is important for humanitarian and commercial goods," Nebenzia said. Russia supports the UN-led efforts to find a political solution in Yemen and urges all parties to uphold restraint, Nebenzia added.