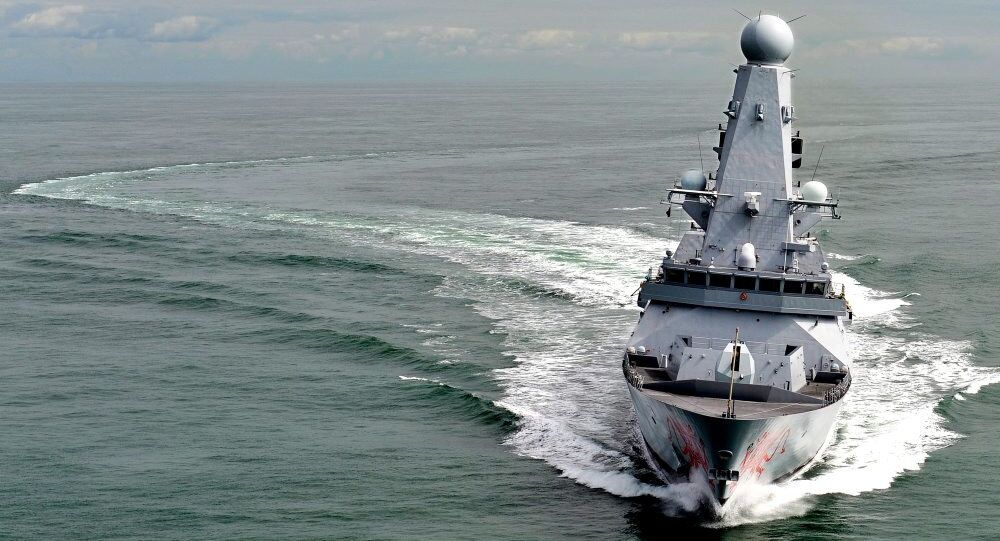 The incident came after Iranian Armed Forces Chief of Staff Major General Mohammad Bagheri pledged in late August that the ships of "hostile countries" will be confronted when crossing through the Strait of Hormuz.

Three Iranian fast attack boats confronted a UK Royal Navy destroyer as she was escorting a trio of British vessels through the Strait of Hormuz near the Persian Gulf, according to the Telegraph.

During the incident, the Iranian speed boats halted the HMS Dragon's course and demanded that the warship must remain 1,000 yards (0.9 kilometers) clear of the port side.

READ MORE: 'Either Everyone Sells Oil Through Strait of Hormuz or No One Does' – Iranian MP

After Dragon commander Michael Carter Quinn ordered five blasts of the ship's horn as a warning, the Iranian Revolutionary Guards Corps (IRGC) Navy responded by radioing that they are "here to safeguard our national sovereignty and we are doing routine operations."

Quinn told The Telegraph that if the Iranian attack boats did not move aside in the long run, the Dragon crew would have to fire flares and warning shots.

"You have to provide a robust response. The day you don't take it seriously is the day you become unstuck," he underscored.

READ MORE: United States and Iran Unlikely to Face Off in Strait of Hormuz – Journalist

In late August, Iranian Armed Forces Chief of Staff Major General Mohammad Bagheri said that thanks to the IRGC's Navy, "the hostile countries are worried before crossing the Strait of Hormuz."

He noted that last year, these countries had abided by international law, but if they breached them, they would be confronted and dealt with.

© AP Photo / Vahid Salemi
Iran's Revolutionary Guard Holds Drills in Persian Gulf - Reports
Earlier, Alireza Tangsiri, the IRGC's navy chief, said that Iran has full control of the Strait of Hormuz and the Persian Gulf. The statement came after Iranian officials threatened to block the Strait of Hormuz, cutting off the main oil shipping route, in retaliation for any hostile moves from the US.

Already-strained relations between Tehran and Washington became further exacerbated in early May, when US President Donald Trump announced a US pullout from the 2015 Iran nuclear deal.