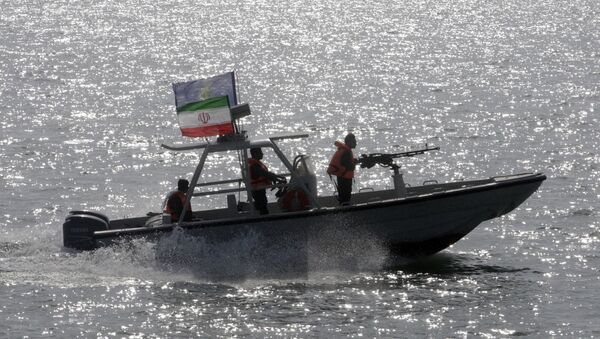 Reports of Iran's increased activity in the Persian Gulf appeared earlier this week. The US Central Command said on Wednesday that the US military was aware of the Iranian operation and monitoring it closely.

The drills were part of the annual exercises framework, Tasnim news agency reported, citing Ramezan Sharif, the spokesman for the IRGC.

Iran Would Cut Off Its Own Foot By Closing Strait of Hormuz - Analyst
Sharif reportedly said that IRGC Chief Commander Maj. Gen. Mohammad Ali Jafari was satisfied with the results of the drills. According to Sharif, the chief commander stressed the need to increase capabilities in the Persian Gulf and the Strait of Hormuz.

In early July, the IRGC said they were prepared to disrupt other countries' oil shipments via the strait if Iran's own exports were impeded.

In June, the US Department of State urged oil companies to stop buying oil from Iran by November to avoid US sanctions. The reinstatement of US sanctions against Iran follows Washington's announcement of withdrawal from Iran's nuclear deal. Under the 2015 agreement, Iran pledged to keep its nuclear program peaceful in exchange for a gradual lifting of international sanctions.