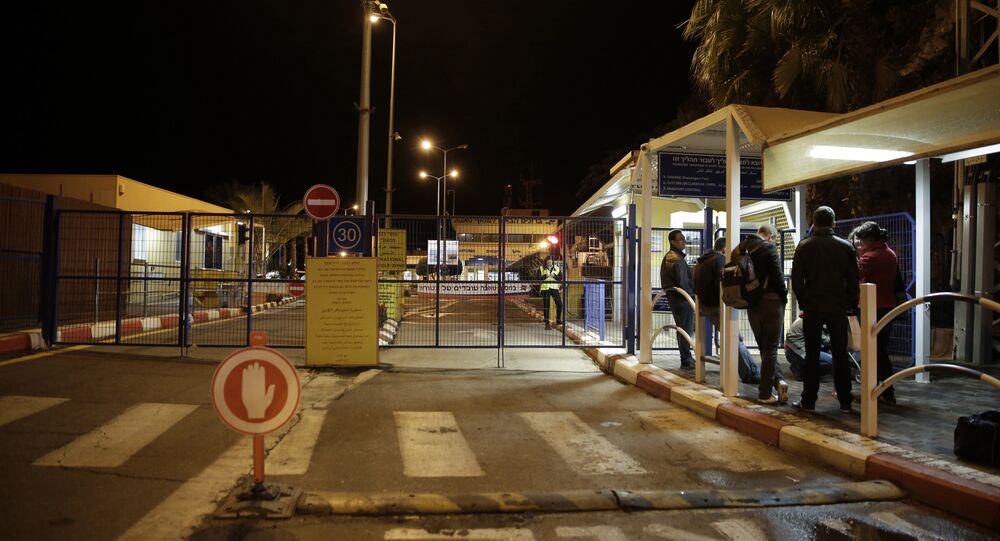 GAZA/TEL AVIV (Sputnik) - The Israeli side has decided to reopen the border crossings between Israel and the Gaza Strip, which were closed on Wednesday in response to a shelling by Palestinians, after tensions on the border de-escalated, the Israeli and Palestinian authorities said on Sunday.

"The Israeli side has told us that starting from Sunday, it reopens the Erez and Kerem Shalom checkpoints," the Palestinian civil affairs committee in the Gaza Strip said.

According to the Israeli Defense Ministry, the crossings have been reopened thanks to the de-escalation of tensions on the Israel-Gaza Strip border. The ministry also said that the Hamas movement, de facto governing Gaza, distanced itself from Wednesday's shelling and had taken measures to curb violent acts on its territory.

The Defense Ministry also said that the decision to resume fuel supplies to the Gaza Strip, which had been halted earlier in October due to unrest on the border, had not been made yet and it would not be discussed until a few days later.

© REUTERS / Ronen Zvulun
Netanyahu Threatens Hamas After Recent Spike of Violence at Gaza Border
The Erez and Kerem Shalom crossings were closed by Israel on Wednesday after the Israeli Defense Forces claimed that two rockets had been launched from Gaza toward the Israeli territory and one of them damaged a residential house in the southern city of Be'er Sheva. While the Erez Crossing allows people to cross the Israel-Gaza Strip border, the Kerem Shalom serves as the only crossing for the delivery of goods to the Palestinian enclave.

The relations between the Israelis and the Palestinians near the Gaza border have been increasingly tense since for months. Palestinian protesters continue regular clashes with the Israeli troops on the border, while the Israeli side accuses Gaza of ongoing shelling and the launch of arson balloons into the Israeli territories.