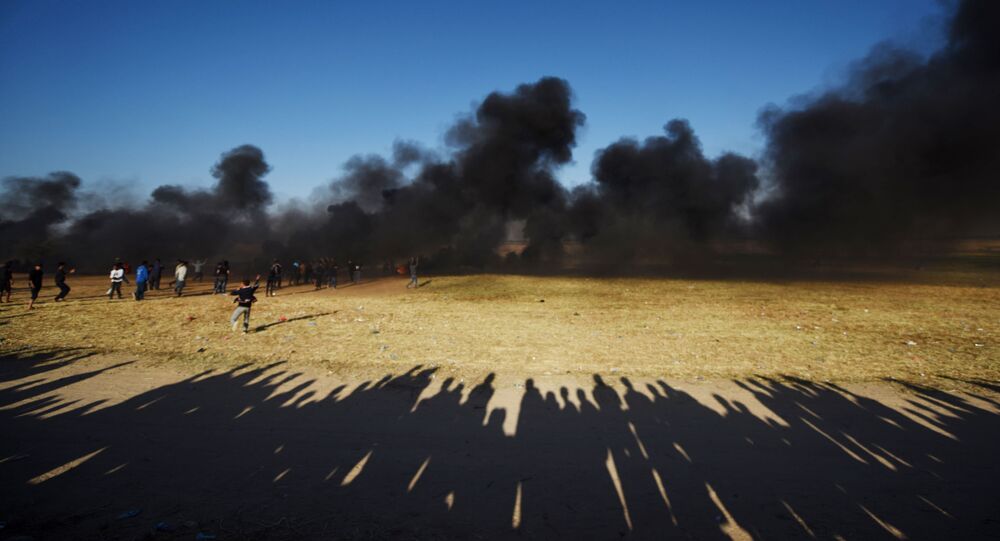 After a rocket originating from the Gaza Strip hit a building in the city of Be'er Sheva, Israeli Prime Minister Benjamin Netanyahu, Defense Minister Avigdor Liberman, and other security cabinet ministers discussed the possibility of a military response.

Liberman reportedly tried to convince the cabinet to proceed with a military operation to prevent further aggression from Gaza, the Jerusalem Post reported. He was supported by Netanyahu, who said, “If these attacks do not stop – we will stop them.”

But opinions on the need for military action were split. Police Commissioner Roni Alsheich said in a speech earlier on Wednesday that Israel’s defense establishment does not want conflict between Israel and Hamas to escalate.

“The security establishment does not see any motivation to create an escalation in the Gaza Strip; the events there are complex enough, the complexity of players there is big enough that we’ll have a few events like we had last night,” he said.

However, the cabinet also reportedly agreed on the possibility of a limited air operation. “Israel views with utmost gravity the attacks against it on the [southern border] fence, on the area adjacent to the Gaza Strip, in Be’er Sheva – everywhere,” Netanyahu said after the meeting, noting that “Israel will take very strong action.”

© Flickr / Israel Defense Forces
Israeli Army Registers Launch of Rocket From Gaza Strip
Meanwhile, Nickolay Mladenov, UN Special Coordinator for the Middle East Peace Process, held a special meeting with Israeli President Reuven Rivlin to discuss the Gaza situation. He noted that it is crucial over the next few days to stabilize the situation in the region and said he would address the UN Security Council in New York on Thursday during its monthly meeting on the Middle East.

The Israel Defense Forces said it had hit 20 “military targets” in the Gaza Strip in response to rocket shelling on Wednesday morning. Earlier this week, the Israeli defense minister claimed that only "a serious blow" to Hamas would put an end to violence on the Gaza border and resolve the conflict with Palestine that has gone on for decades. Palestine seeks diplomatic recognition for an independent state incorporating Gaza, the West Bank and East Jerusalem.