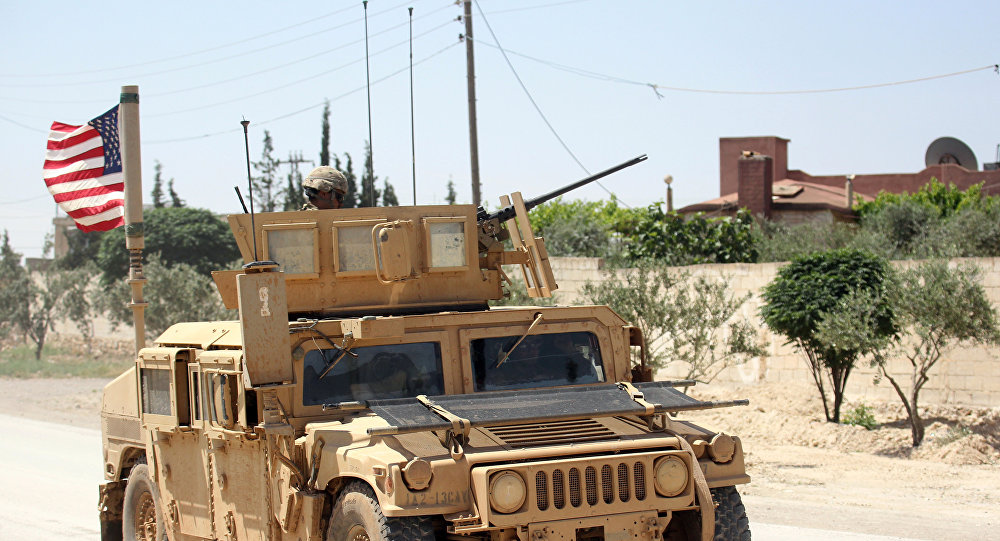 US Can't Drive Iran Out of Syria With 2,000 Troops – Former US Defense Secretary

Former Secretary of Defense Chuck Hagel has lashed out at National Security Advisor John Bolton's recent declaration that US troops would stay in Syria as long as Iranian forces or Iran-backed militants remain present in the war-torn country.

"The US doesn't even control half of Syria. You've got 2,000 troops up in the northeast corner…you're not going to drive Iranians out of Syria with 2,000 American troops," Hagel, who served as President Obama's secretary of defense between 2013 and 2015, said in an interview with Defense One.

"It's complete folly to think you're going to threaten the Syrians or the Russians or the Iranians into anything," Hagel added, pointed out that "the Iranians live" in the region while the US does not.

© AP Photo / Hassan Ammar
Iran Could Use Russia-US Deconfliction Line to Alert About Attacks in Syria – CENTCOM
"Unless you're going to somehow eliminate the geopolitical realities of that – well, good luck Mr. Bolton," the former official said. "There is no other way around this, you're going to have to find some resolution based on the common interests of those countries."

Complaining about what he saw as a lack of a strategic US foreign policy vision in Syria, Hagel reiterated that if Washington genuinely wants to see stability in the Middle Eastern country, "you're not going to do that without the Russians, without the Iranians, without the other players in the country, in the region."

"The military can't fix problems alone. The military has to be used as a force to help implement and project and protect a strategic foreign policy objective," Hagel concluded.

Hagel resigned from his post as defense secretary in 2015 amid disagreements with President Obama on Syria policy. In the following years, the former senator accused Washington of failing to come up with a coherent policy on Syria, and repeatedly urged the administration to focus on defeating Daesh (ISIS)* instead of perpetuating its 'Assad must go' rhetoric. The US never focused on what would come after if Syria's president was removed, Hagel stressed, while pointing out that the ouster of Saddam Hussein in Iraq in 2003 and Muammar Gadhafi in Libya in 2011 resulted in the rise of Islamist extremism and chaos.

© AP Photo / SANA
Syria Has Reached a 'Major Understanding' With Hostile Arab States - Assad
Speaking at the UN General Assembly last week, John Bolton said that the US was "not going to leave" Syria "as long as Iranian troops are outside Iranian borders, and that includes Iranian proxies and militias." The sentiment stood in contrast to President Trump's earlier suggestion that the US might leave Syria once Daesh is eliminated.

Damascus has confirmed that Iranian military advisers and Hezbollah were invited to Syria to assist the country in its fight against Islamist terrorism, but has denied the presence of regular Iranian combat forces in the country, despite Israeli and US claims to the contrary.