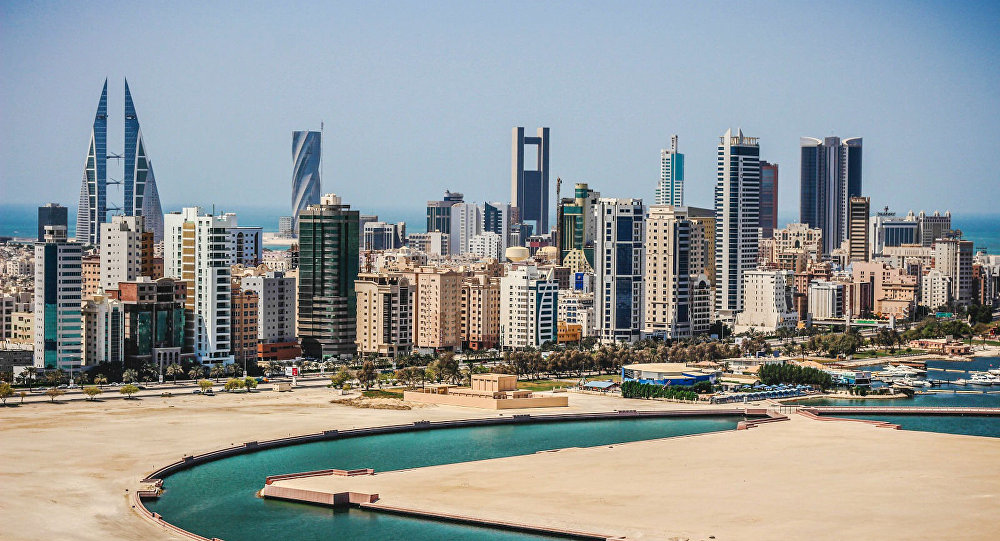 The construction of a new bridge intended for vehicles and trains that would connect Saudi Arabia and the island nation of Bahrain will begin in 2021 and will last three years, Saudi Arabian Ambassador to Bahrain Abdullah Abdulmalik Al Sheikh said on Sunday.

“The tender for the King Hamad Causeway will be launched after six months, and it is expected that the project's execution will start by mid-2021, (after which) it will be complete in three years,” the ambassador said, as quoted by Saudi Arab News.

© CC BY-SA 4.0 / Wadiia / Manama
Bahrain Suspends Issuing Entry Visas for Qatari Nationals - Interior Ministry
According to the ambassador, the project's cost ranges between $3-4 billion. He believed that the land route between the two countries will contribute to enhancing bilateral trade in every sector.

It was initially planned that the King Hamad bridge will become a part of a 2,000-kilometer (1,242-mile) railroad running through all the countries of the Persian Gulf, from Kuwait to Oman, however, due to disagreements with Qatar, Bahrain abandoned the plan to extend the bridge to the country.