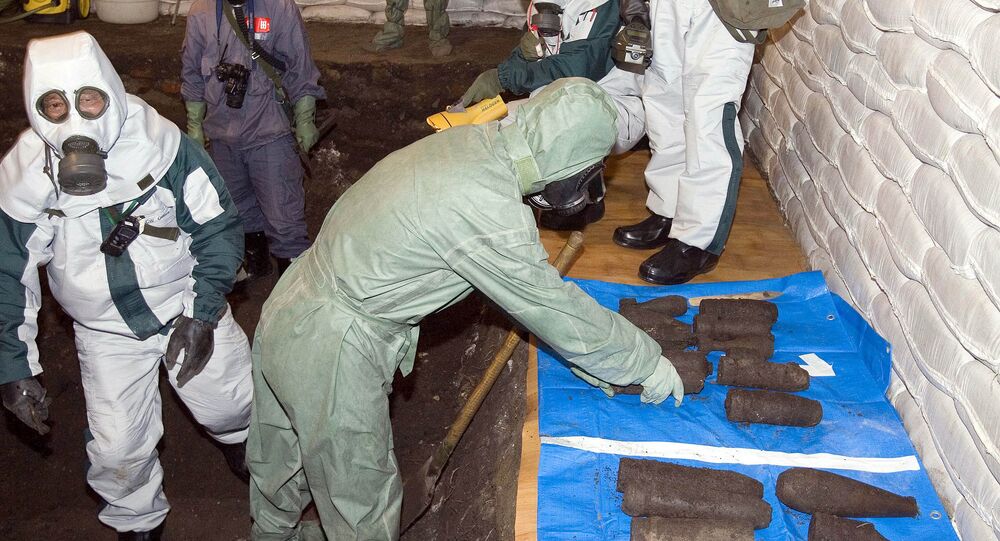 Dr. Aziz Asbar was at the helm of a scientific development center in the Syrian city of Masyaf, which was reportedly attacked several times before.

Aziz Asbar, a prominent Syrian "patriot scientist," who was allegedly involved in the development of chemical weapons, has been killed in the city of Masyaf in northwestern Syria after his car exploded, according to the Lebanese news network Al-Manar.

Asbar's personal driver also died in the explosion, which took place minutes after Asbar left his house in Masyaf on Saturday.

© AP Photo / Pavel Golovkin
A view of the town of Masyaf in Hama province, in Syria (File)

The Syrian opposition accused the country's government of staging the car-bombing attack against Asbar, who they alleged was familiar to the authorities allegedly using chemical weapons against civilians.

In April, Russian Foreign Ministry spokeswoman Maria Zakharova said that Syria had eliminated its chemical weapons stockpiles and the Organization for the Prohibition of Chemical Weapons (OPCW) confirmed that.

"Chemical weapons in Syria are used by extremists and militants. This is a proven fact and every time, when yet another settlement, another town is liberated by the Syrian army, the servicemen find depots with chemicals there. This has been proven by life, this has been proven by facts," she underscored.

© REUTERS / Mohamed Abdullah
Why US Continues to Bully Syria While Admitting It Has No Clue Who's Using Chemical Weapons
Zakharova's statement came after the United States, Britain and France accused the forces of Syrian President Bashar Assad of an attack with the use of chemical weapons in the Syrian town of Douma earlier that month.

Following the incident, Syria joined the OPCW and agreed to destroy its chemical weapons arsenal. On January 4, 2016, the OPCW issued a statement confirming that the destruction of the Syrian chemical weapons had been completed.