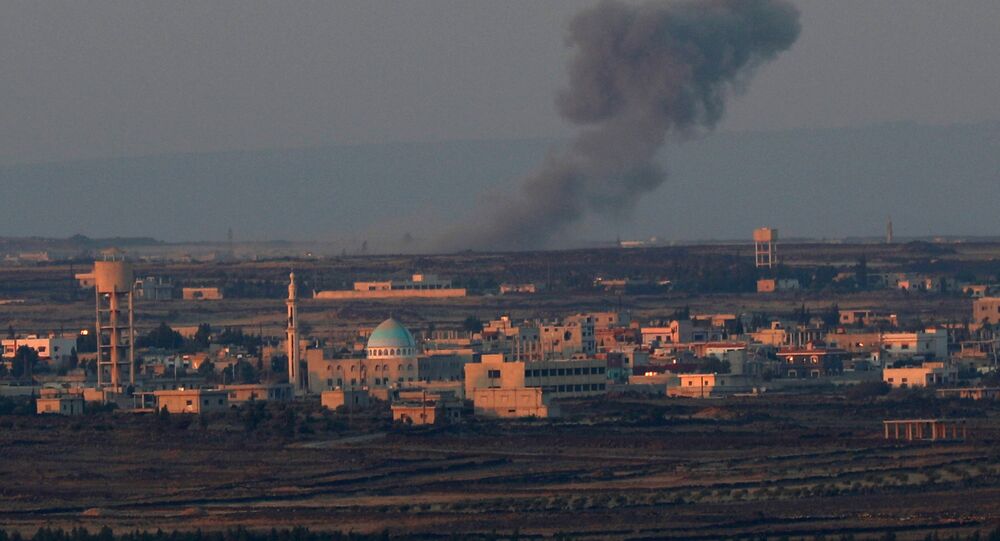 This is not the first time that the Syrian army has reported finding Western- and Israeli-made weapons and ammunition belonging to militants.

The Syrian army has found a significant amount of medicine produced in Israel and Lebanon in an abandoned militant field hospital in the town of Nabaa al-Sakhar in the southern province of Quneitra, SANA reported. The hospital was found during a clean-up operation in the town after it was liberated from militant control.

The militants organized their hospital in a local school building. It reportedly had several operation rooms, a laboratory, medical equipment and a storage room filled with foreign drugs.

The Syrian army has liberated a number of cities in recent months in the eastern provinces of Daara and Quneitra, which border country's neighbors Israel and Jordan. Many militants have willingly abandoned these cities after negotiations mediated by the Russian Center for Reconciliation.

This is not the first time that Damascus has found equipment of foreign origin. Previously, Syrian forces found Israeli-made weaponry and ammunition in caches that belonged to militants during the clean-up operations in the province of Deir ez-Zor in February 2018.