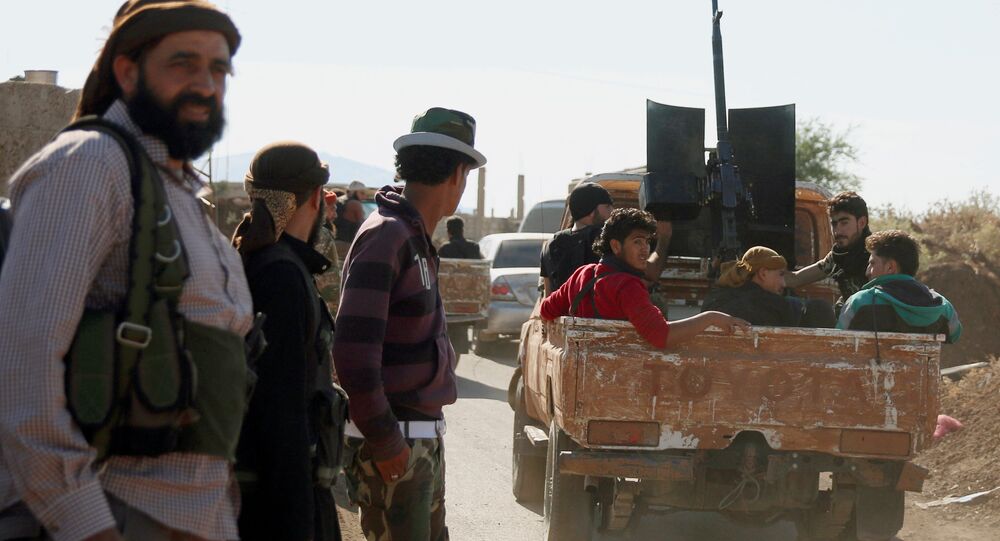 QUNEITRA (Syria) (Sputnik) - Several thousand militants agreed to voluntarily leave the Syrian southwestern province of Quneitra and move to Idlib in the country's northwest, a spokesperson for the Russian Center for Syrian Reconciliation said.

"Several thousand people agreed to withdraw from settlements in Quneitra province. Irreconcilable militants are leaving together with their families," the spokesperson said.

According to another spokesperson for the reconciliation center, various armament and ammunition are being seized from the militants.

© AFP 2021 / ABDULMONAM EASSA
State Department Welcomes Evacuation of White Helmets From Syria
A local reconciliation between the Syrian government and an armed opposition in Quneitra has been announced earlier.

Under the reconciliation deal, a part of militants agreed to surrender and return to peaceful life, while the others, who refused to lay down their arms, will move to Idlib.

On Sunday, a source in security services told Sputnik that nearly 1,500 militants withdrew from the suburbs of Syria's southwestern city of Daraa for Idlib in the country's northwest.

Syria has been in a state of civil war since 2011, with the government forces fighting against numerous opposition groups and terrorist organizations, including the Jabhat al-Nusra.