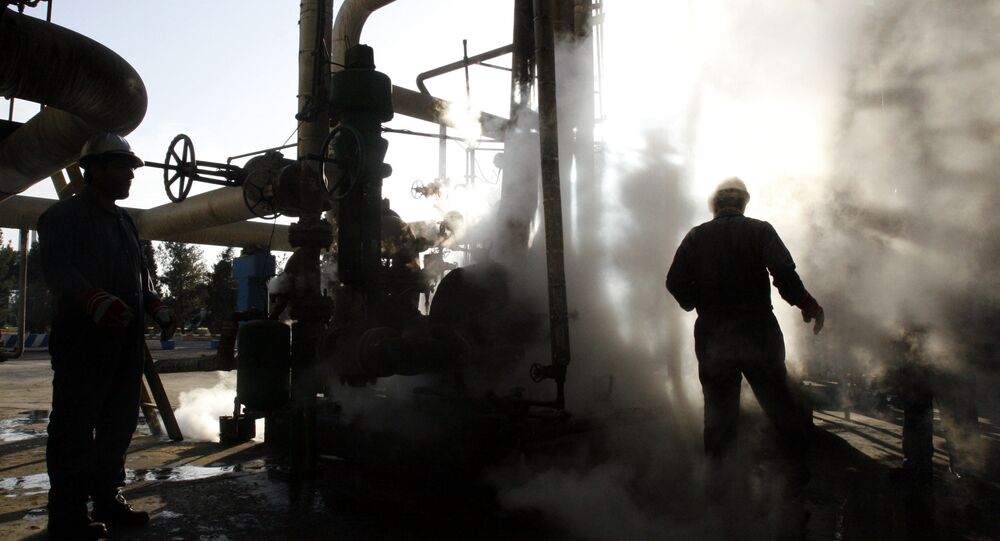 "The past experience shows in many cases that it is impossible [to reduce Iranian oil exports to zero] in today’s world," Qassemi said as quoted by the Tasnim news agency.

Tehran has maintained contact with all buyers of oil and non-oil goods in an attempt to bypass Washington's hostile policy, by all means, the spokesman added.

© AP Photo / Alex Brandon
'Someday Trump Will Call Iran and Ask for Negotiations' – Tehran
Qassemi refused to comment whether Top Adviser for International Affairs for the Iranian Supreme Leader Ali Akbar Velayati had discussed a possible oil-for-goods deal with Moscow at a meeting with Russian President Vladimir Putin last week, explaining that details of the meeting were not available to the public.

On July 13, Russian Energy Minister Alexander Novak said oil-for-goods deal with Iran had not been suspended yet, adding that Russia was studying all the legal aspects of cooperation.

In May, US President Donald Trump announced the United States’ withdrawal from the Joint Comprehensive Plan of Action (JCPOA), also known as the Iran nuclear agreement.

Trump said the United States would reimpose the previously lifted sanctions on Iran, including secondary sanctions that target countries doing business with Tehran.

The US administration has been seeking to persuade its allies and friends, including China and India, to abandon Iranian oil imports.