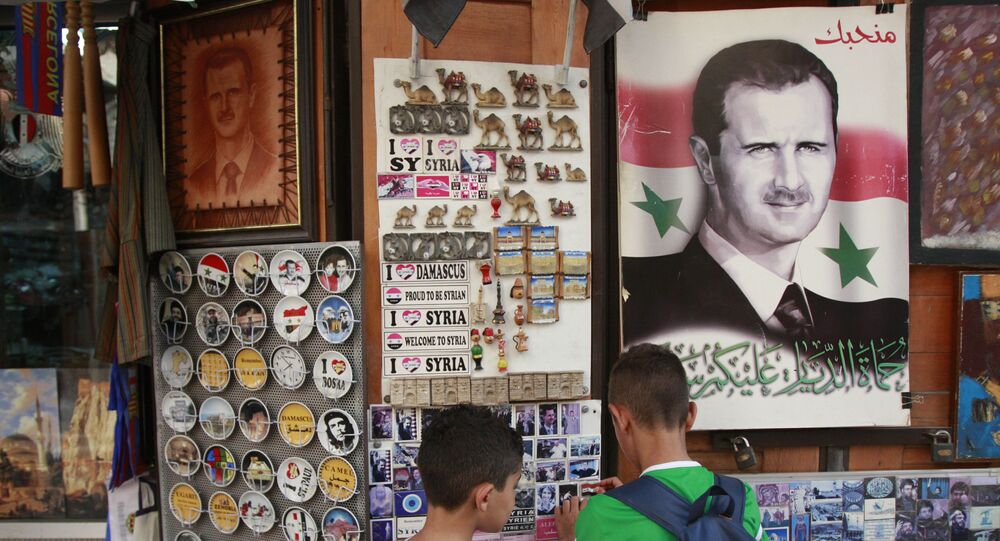 GENEVA (Sputnik) - UN Special Rapporteur on the negative impact of the unilateral coercive measures Idriss Jazairy told Sputnik that he proposed to establish a special mechanism under the auspices of the United Nations, through which Damascus would be able to discuss the easing of the Western sanctions against Syria.

"I would like to propose the creation of a technical working group, with representatives from all parties placing sanctions on Syria, to find a way to enable sellers, financial intermediaries and humanitarians in Syria to do the work that is so desperately needed. One recommendation of this group could be the creation of a procurement office under the UN in Syria, that could quickly find solutions as they arise, and which could give comfort to banks and sellers that transactions being carried out would not violate any sanction regime," Jazairy said.

© REUTERS / Aboud Hamam/File Photo
US Military Convoys Arrive in Manbij Amid Rumored Pullout From Syria - Reports
The special rapporteur said that such a mechanism should also be empowered to make decisions on exceptions to the sanctions. Jazairy suggested that the office should be located in Damascus, and the specifics of its work will be discussed in Geneva. He noted that he discussed this idea with representatives of the Syrian authorities who stated that they would not object to this mechanism.

The special rapporteur expressed the hope that the possibility of creating such a mechanism would be discussed at a meeting between Russian President Vladimir Putin and US President Donald Trump in Helsinki on July 16.

In addition, the UN official noted that he would like to visit North Korea and Zimbabwe in 2019 to conduct an inspection but has not consulted with the authorities of the countries about possible visits yet.