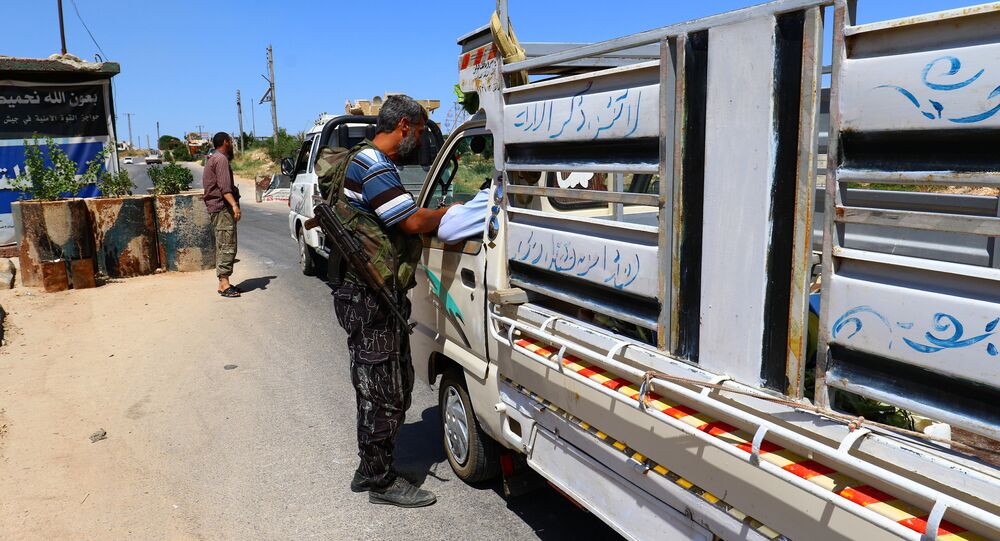 Militants from the al-Qaeda*-affiliated terror group Jabhat al-Nusra (also known as Tahrir al-Sham) are preparing false flag attacks in Syria, including fake footage of the civilians' evacuation by militants and the restoration of buildings said to be destroyed by Russian and Syrian air strikes, the Russian Reconciliation Center for Syria reported.

"The Russian Reconciliation Center for Syria received information about the upcoming Jabhat al-Nusra* terrorist provocation by telephone from residents of Idlib Governorate. According to the Syrians, who spoke to the center's officers, last Friday a film crew from the news agency of one of the Middle Eastern countries came to the province. This group, together with the Jabhat al-Nusra terrorists, made fake videos about the evacuation of civilians to Alhelal al-Ahmar Hospital and the terrorists' active "restoration" of civilian infrastructure, allegedly destroyed by Russian and Syrian air strikes," the center's statement says.

As the Russian Reconciliation Center specified, the film crew used for their footage residential buildings which had been destroyed during clashes between different militant groups in the area.

© AFP 2021 / Karam Al-Masri
UN Secretary General Calls for Investigation of Air Strikes in Syria's Idlib
According to the information received by the center, the fake films were set to be released by some Arabian and Western media outlets and then blamed on Russia. The Russian reconciliation center concluded that this would also play into the hands of Jabhat al-Nusra terrorists, helping them to receive funding from Western non-government organizations operating in Idlib.

Local residents cited by the center stated that the film crew had come to the province last Friday.

Various terrorist and militant factions operate in the Syrian province of Idlib, where one of the Syrian de-escalation zones is located. In particular, in April, militants from the Damascus neighborhood of Eastern Ghouta withdrew from the area and were transported to Idlib.