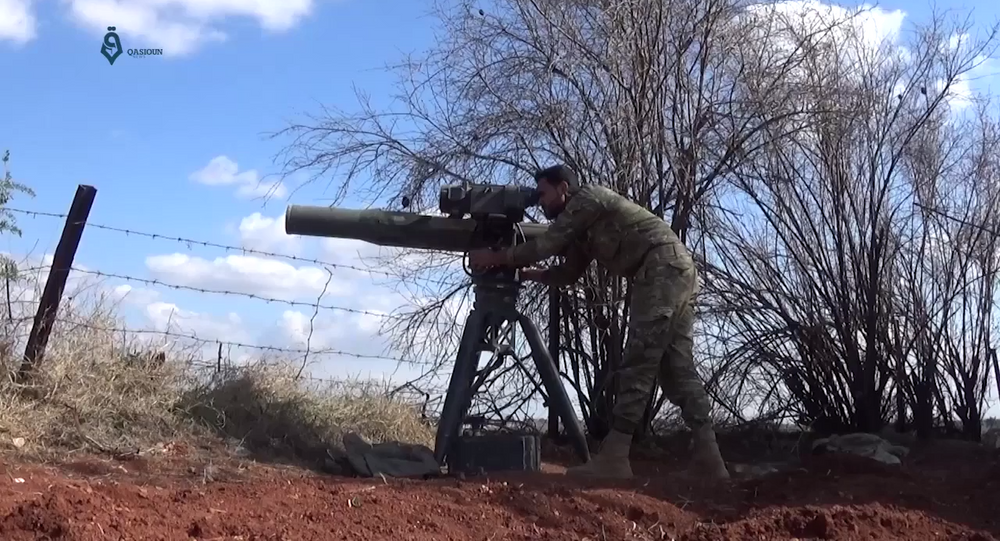 As the Syrian Army appears poised for a large-scale push in Daraa province, the militant groups entrenched in the region reportedly receive a massive shipment of weapons "made in the US."

According to FARS, the weaponry was delivered via the border with Jordan as part of a new "US plan to provide more backup for terrorists" in Syria.

Earlier this month, the Syrian Army intensified its activities in the country’s militant-held southwestern reaches that border Jordan and the Israeli-occupied Golan Heights.

The Russian Defense Ministry added that the Syrian government forces, aided by the Free Syrian Army, which recently sided with Damascus, repelled over a thousand al-Nusra Front* attacks.