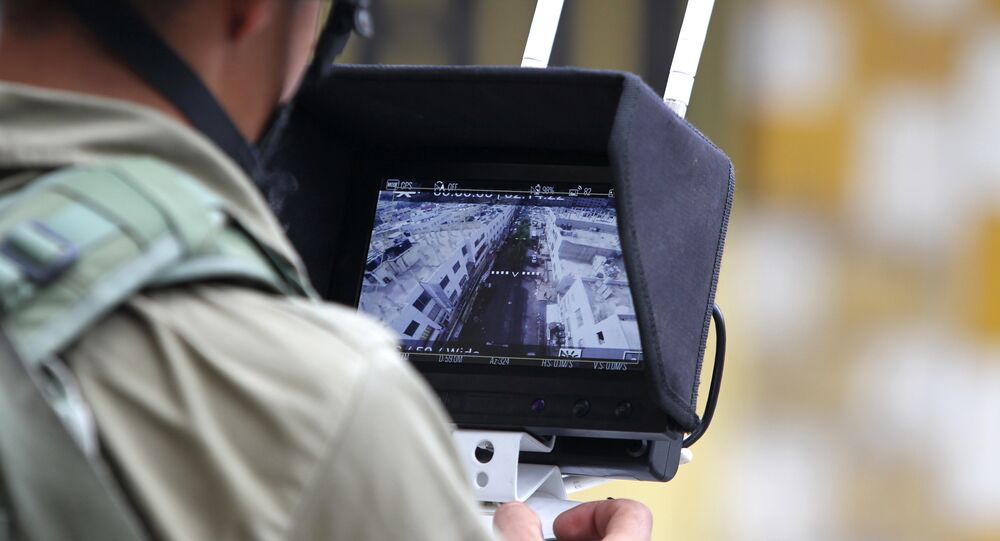 It remains unclear as to why the drone fell by the northern border, into Syrian territory on Tuesday.

According to the Israel Defense Forces, no information could have been leaked from the drone, as it was patrolling the northern border for reconnaissance purposes only.

The drone, known as Sky Rider or Rochev Shamayim, is manufactured by Elbit Systems and is used for different tactical intelligence purposes with units of the ground forces.

​As Sputnik reported earlier, on Sunday night an airstrike targeting positions in the Syrian settlement of al-Harra were conducted, killing dozens. An unnamed commander of forces in support of Syrian President Bashar al-Assad told Reuters that "probably American" drones had bombed positions between Abu Kamal and al-Tanf.

Following the incident, conflicting reports suggested that the attack could have been conducted by Israel, an anonymous US official said Monday, CNN reported.

© AP Photo / Gali Tibbon/Pool
Israel Did That! US Official Blames Syria Strike on IDF
Speaking on the condition of anonymity, the official told reporters that the Pentagon is going out of its way to publicly make clear that it was not involved in the attack.

Despite the blame game, neither Israel nor the US has taken responsibility for the attack.

According to Iraq's Popular Mobilization Forces, 22 of its members were killed, while estimates by the Syrian Observatory for Human Rights say the total death toll was 52 people, Haaretz reported.