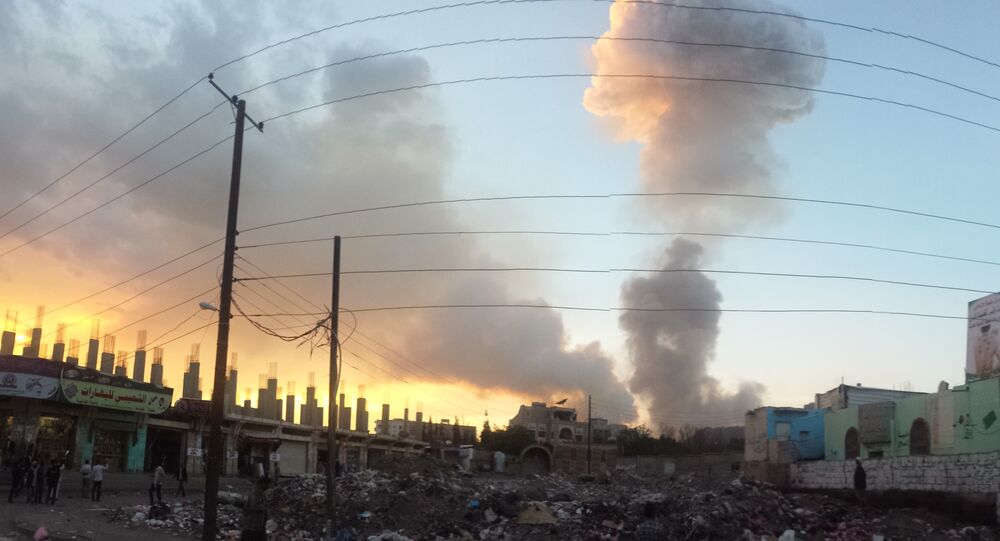 On June 13, Saudi-led forces launched a full-scale offensive to recapture Hodeidah from the Houthi rebels.

The aircraft of the Saudi-led coalition carried out airstrikes, targeting Houthi fighters at the airport of Yemen’s main port of Hodeidah on Monday, the Irish Times newspaper reports.

The coalition's bombardment comes in response to a missile targeting the southwestern Saudi city of Jizan which was launched by the Yemeni Houthi rebels earlier in the day, according to the Saudi Press Agency.

© REUTERS / Abduljabbar Zeyad/File Photo
WHO Urges Yemeni Conflict Parties to Ensure Continuous Operation of Hodeidah Port
A military operation to seize Hodeidah from the Houthis was launched jointly by the Yemeni army and the Saudi-led coalition on June 13 after the Shiite rebels had failed to respond to the government's offer to withdraw from Hodeidah in order to peacefully resolve the conflict.

Amid the fighting, various international organizations and rights groups have called on the Yemeni warring parties to exercise restraint amid increasing hostilities in the city.

The city of Hodeidah is one of the most densely populated Yemeni areas, with its port being vital for the delivery of humanitarian aid to the Middle Eastern country, devastated by three years of conflict between the government and the Houthis.