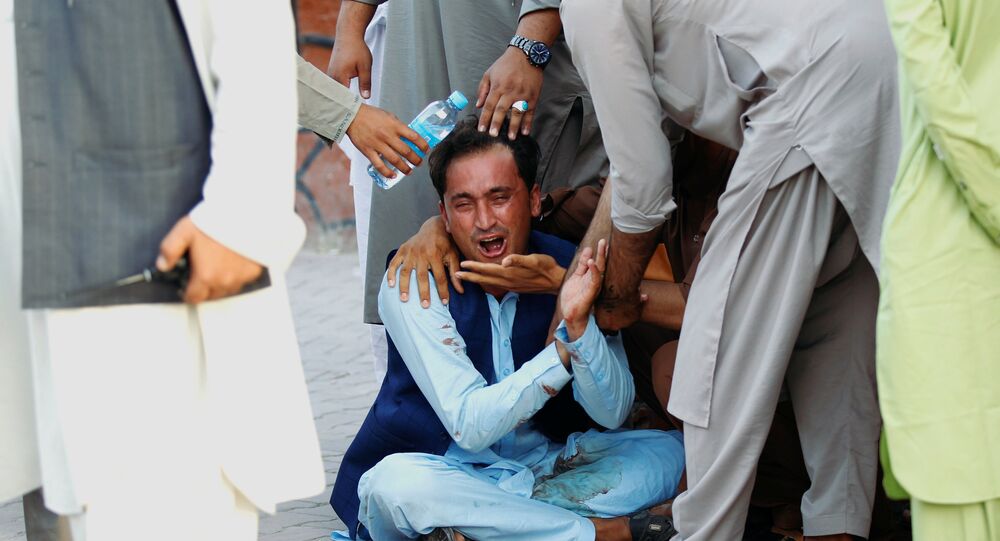 The suicide bomb explosion took place in Nangarhar province, Eastern Afghanistan Reuters reported, during celebrations of the Eid holiday. At least 26 people were killed: both Taliban militants and civilians.

Daesh has claimed responsibility for an explosion that took place amid Taliban fighters and the country's security forces celebrations of an unprecedented ceasefire, held during the Eid holiday, marking the end of the Ramadan fasting season, the Reuters news agency reported.

Prior to that, Afghan President Ashraf Ghani said on Saturday that the country's government and the Taliban militant group had agreed to prolong the ceasefire regime, TOLOnews broadcaster reported without specifying how long the truce will last. The Afghanistan President's office stated that some 46 Taliban prisoners have been freed during the cessation of hostilities.

The president hasn't commented on the car bomb accident yet.

Later, the agency specified, citing Attaullah Khogyani, spokesman for the provincial governor of Nangarhar, that the blast was caused by a bomb, allegedly planted in one of Taliban militants' car. The blast killed some 26 people, both militants and civilians in the town of Ghazi Aminullah Khan, on the main Torkham-Jalalabad road. The Taliban stated, as quoted by the agency, they were not responsible for the blast.

The militants traveled through the contested district of Bati Kot in Nangarhar province with Afghan and Taliban flags, taking selfies and pictures with the Afghan forces and the locals.

© AP Photo / Allauddin Khan
Taliban Vows 'Bright Future' for Afghanistan When US Troops Leave
Previously it was reported that the head of the Ministry of Internal Affairs of Afghanistan, Vais Ahmad Barmak, met with several members of the Taliban movement in Kabul on Saturday amid the established ceasefire.

On June 7, Ghani announced a temporary unilateral ceasefire with the Taliban for the period between June 11 and June 19 to mark the end of the Islamic holy month of Ramadan. Later in June, Taliban decided to join the declared truth.