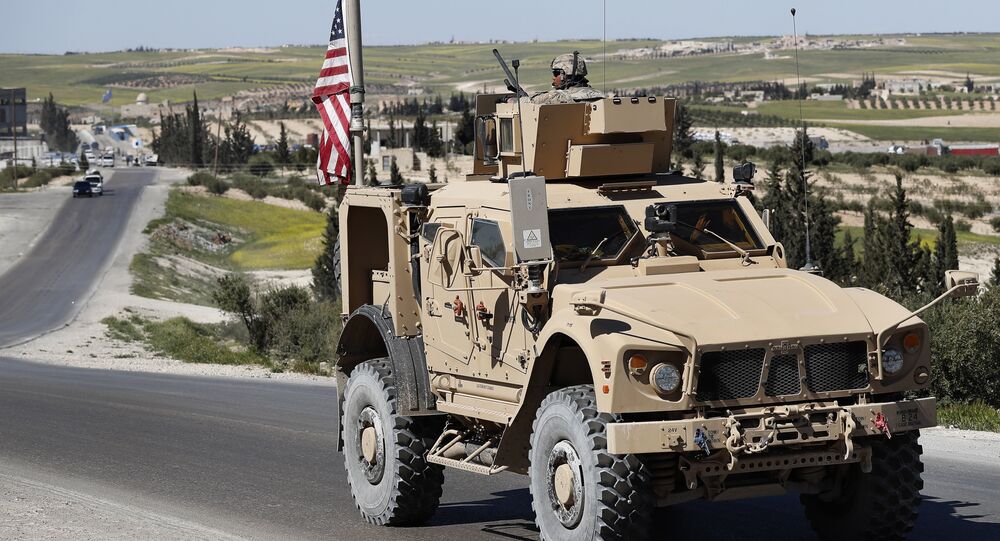 The United States and Turkey have held talks in Ankara as part of a working group formed to settle disputes between the two nations over the presence of Kurdish militia in the Syrian city of Manbij.

Following months of disagreements between the United States and Turkey, the two NATO allies have reached a consensus regarding a roadmap to cooperate on security in Manbij.

“The two sides outlined the main contours of a roadmap for their further cooperation in ensuring security and stability in Manbij,” the joint statement said.

Turkish Foreign Minister Mevlut Cavusoglu and the newly appointed US Secretary of State Mike Pompeo will "consider the recommendations" of the working group during their meeting, set for June 4, the statement read.

The working group on Syria was formed after Cavusoglu and then-US Secretary of State Rex Tillerson met in February; in March, Turkish diplomats made a visit to Washington as part of the working group. Manbij is now controlled by the US-backed Kurdish militia, YPG, considered by Ankara to be an affiliate of the Kurdistan Workers' Party (PKK), designated as a terrorist organization in Turkey.

Earlier this week, Turkish President Recep Tayyip Erdogan once again slammed the United States for providing assistance to the YPG.

"The United States [aid] is mostly deployed on the Manbij side. And the help they are providing there consists of weapons and ammunition supplies to the YPG [Syrian Kurdish People's Protection Units, banned in Turkey]," the TRT broadcaster cited Erdogan as saying.

In early May, Erdogan promised not to “give up on constricting terrorist organizations” in northern Syria, warning that the Turkish Armed Forces were “ready for new missions.”

© AFP 2021 / DELIL SOULEIMAN
FSA Commander: US, Turkey in Talks Over Turkish Military Operation in Manbij
By late March, the Syrian city of Afrin was fully captured by Turkish forces as part of its Operation Olive Branch, launched in response to the US’ decision to create a 30,000-strong border force, comprised of Kurdish militia, which would be deployed along Syria’s border with Turkey. Turkey claimed its aim was to clear its border with Syria from the US-backed YPG, which are viewed by Ankara as affiliates of the PKK, listed as a terrorist organization in Turkey.

Erdogan has also repeatedly threatened to expand the offensive to Manbij and Idlib unless Washington pulls the Kurdish militia out from the region.