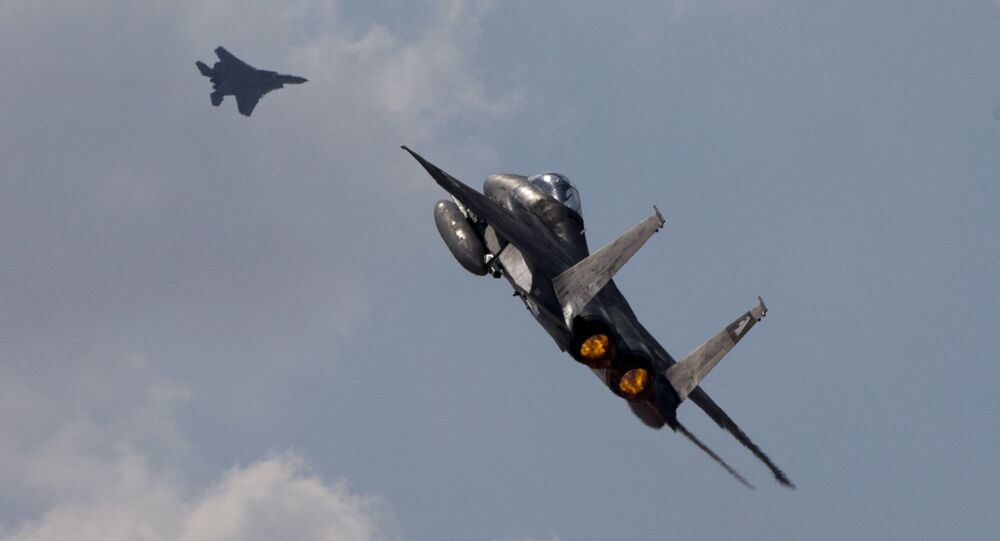 SEVASTOPOL (Sputnik) - Damascus considers airstrikes, carried out on May 10 by Israel on alleged Iranian targets in Syria, as an aggression and is ready to defend Syria, the country's ambassador to Russia, Riad Haddad, said.

Israeli relations with Iran are strained over Tehran's curtailed, yet still existing nuclear program, hostile rhetoric and support for Syria in its fight against terrorist groups.

Israeli officials have repeatedly said that Israel would not allow Iran to turn Syria, which has been engulfed in a civil war since 2011, into its military foothold.

READ MORE: Attacks on Syria Could Be Prelude to Military Conflict in Golan Heights — Journo

Tensions between Tel Aviv and Tehran have been increasing of late, with Israel accusing Iran of having a military presence in Syria. Tehran has refuted these claims as groundless, though admitting sending military advisors to train troops loyal to Damascus.