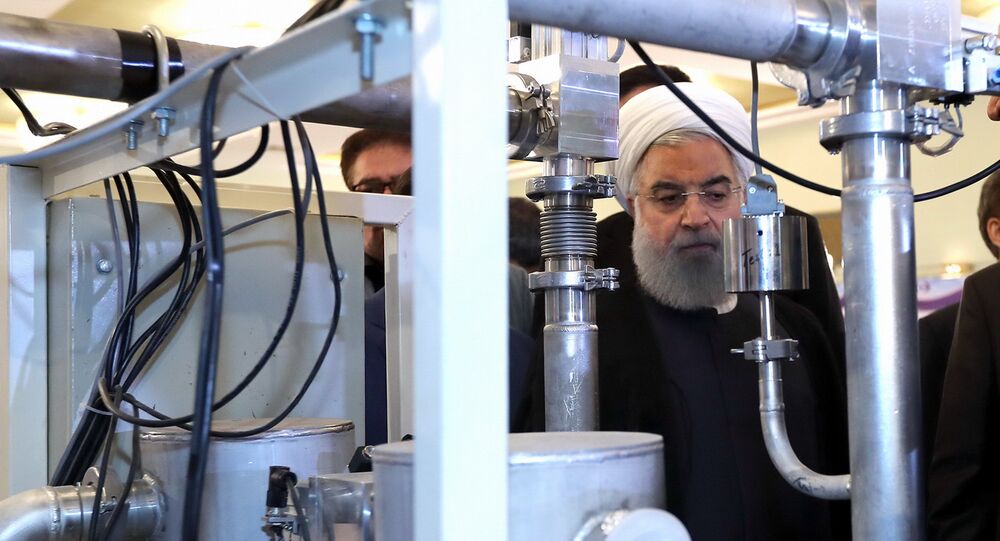 US President Donald Trump has announced that the US is quitting the JCPOA (Joint Comprehensive Plan of Action), the Iranian nuclear deal. Before the landmark accord of July 14, 2015, was reached by Iran, the five permanent members of the UN Security Council, Germany and the EU, the following sanctions had applied to the Islamic Republic.

Shortly after the Iranian Revolution of 1979, the US placed a slew of economic sanctions on Iran. It extended the list in 1995, adding firms connected with the Iranian government. Starting from 2006, there then followed a range of anti-Iran sanctions initiated by the UN.

• On July 31, 2006, the UN Security Council issued a resolution that stipulated that Iran suspend all of its uranium enrichment and reprocessing activities and threatened more extensive sanctions.

• On December 23, 2006, the UNSC passed a resolution that obliged Iran to suspend  enrichment-related operations in the country, and oversaw cooperation with the International Atomic Energy Agency. Separately, the document imposed sanctions barring supplies of nuclear-related substances and technologies. Assets of high-profile individuals and companies linked to Iran’s nuclear industry were frozen at the time.

• On March 24, 2007, another resolution passed by the UNSC placed an arms embargo and expanded sanctions on Iranian individuals’ already frozen assets and nuclear-related businesses.

• In March 2008, the UNSC further expanded asset freezes and called for more profound monitoring of the Iranian banking sphere and close inspection of Iranian sea and air transport. The resolution also involved tracking individuals engaged in the nuclear program.

• A new UNSC resolution was passed June 9, 2010. It essentially prohibited Iran from taking part in any activities related to ballistic missiles. Separately, it toughened the previously imposed arms embargo, as well as froze assets belonging to the Iranian Revolutionary Guard and Islamic Republic of Iran Shipping Lines. The document notably recommended that other states examine Iranian cargo and halt whatever financial services were provided for nuclear-related operations. It advised other countries to avoid opening subsidiaries to Iranian banks on their soil, as well as establishing ties between local and Iranian banks for fears they could be used to finance Iran’s nuclear program.

• In June 2011, the US targeted Iran Air and Tidewater Middle East Co., which controls seven Iranian ports, with sanctions, stating that Iran Air had lent support to the Iranian Revolutionary Guard Corps (IRGC), which had already fallen under UN sanctions by then.

• In December 2011, the US Department of Treasury imposed sanctions on Iranian military adviser Hassan Firouzabadi and Commander of the Islamic Revolution Guards Corps General Abdollah Araqi.

• In February 2012, the US froze the Central Bank’s properties and those of other Iranian financial institutions within the United States. Governmental property in the US equally fell under the sanctions.

• In February 2013, the United States blacklisted top Iranian electronics manufacturers and internet policing agencies, along with the state broadcasting authority, in a bid to restrict public access to information. Among the targeted structures were the Iranian Cyber Police and the Communications Regulatory Authority.

• In January 2015, the US Senate Banking Committee stipulated that sanctions should be further tightened if international mediators fail to reach an agreement on Tehran's nuclear program by late June.