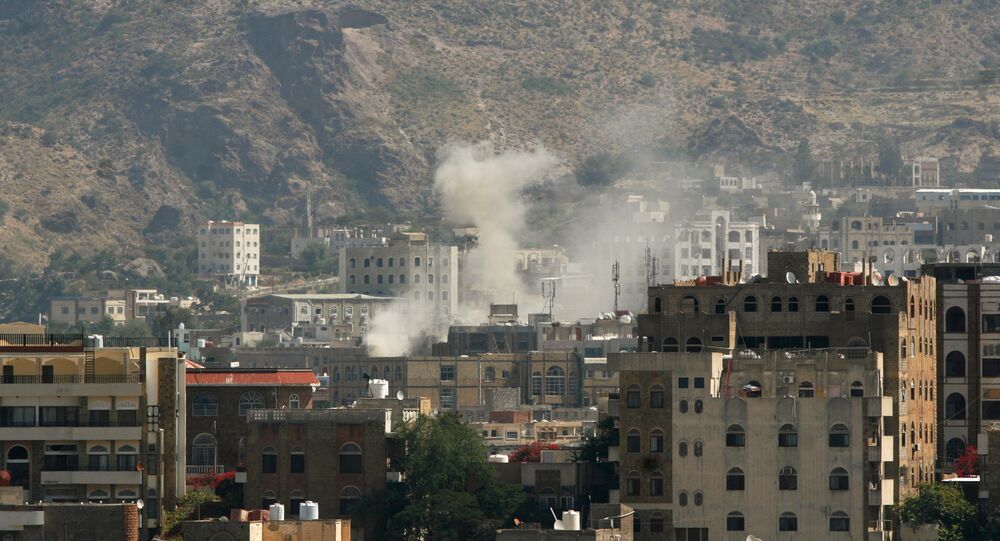 In what it called "a continuing escalation of America's secret wars," the New York Times, citing US, European and Arab officials, reported that a team of about a dozen US Army Green Beret commandos arrived at the border region last December.

The US special forces are providing training and helping the Saudi military locate and destroy missile caches and launch sites that Houthi rebels have used to attack cities in the kingdom, the report said. The team is closely coordinating with US intelligence analysts in the Saudi city of Najran to try to locate Houthi missile sites in Yemen, the report added.

© REUTERS / Mohamed al-Sayaghi
Thousands Attend Funeral of Houthi Leader Killed in Airstrike in Yemen (VIDEO)
The Pentagon has said that the US military's involvement in Yemen is limited to aircraft refueling missions, intelligence sharing and other logistical support. Lawmakers have pressed President Donald Trump's administration to reveal more about the Pentagon's mission in Yemen, and some have proposed legislation that would limit US involvement in the conflict.

Since March 2015, a Saudi-led coalition of mostly Persian Gulf countries has been carrying out airstrikes against the Houthis at the request of President Abd Rabbuh Mansur Hadi. Human rights organizations have criticized the Saudi-led coalition for engaging in indiscriminate bombings during which thousands of civilians have been killed. According to the United Nations, a record 22.million people in Yemen, or 75 percent of the population, remain in need of immediate humanitarian aid.