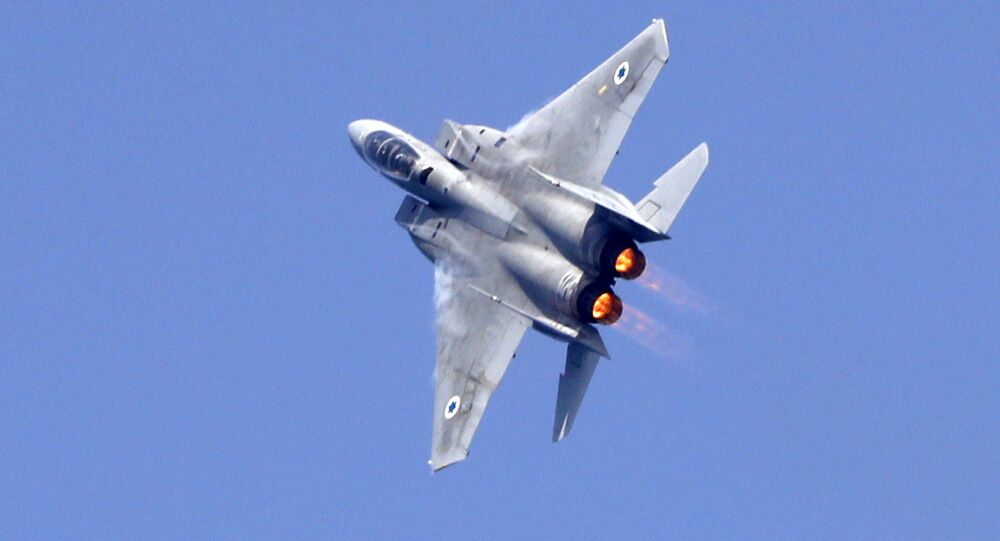 Arms depots in the vicinity of the Syrian cities of Hama and Aleppo were attacked in the early hours of Monday with "hostile rockets," a Syrian military source told Sputnik. The Israeli military has declined to comment on the strikes.

Three US officials told NBC News on condition of anonymity that Israeli F-15 jets attacked the military facilities after Iran had transported its weapons there. According to them, Tehran had been delivering weapons, including surface-to-air missiles, small arms and anti-aircraft missiles for two weeks.

Two officials alleged that the weapons were delivered to Syria for Iranian ground forces for a subsequent attack against Israel.

© AP Photo / Hassan Ammar
WATCH: Video of Alleged Missile Strike on Syrian Military Bases in Hama
The media outlet earlier reported that Syria's 47th Brigade base in Hama district, a military facility in northwestern Hama and a facility north of Aleppo International Airport were targeted in the strikes. Local media outlets reported that 26 Shiite fighters under the leadership of the Iranian Islamic Revolutionary Guard Corps (IRGC) had been killed in the airstrikes.

READ MORE: US Mattis Says Washington 'Had Nothing to Do' With April 30 Strikes on Syria

The Israeli Defense Force has refused to comment on the issue; the Syrian government has also fallen short of commenting on the attacks.

Israel has attacked military facilities in Syria dozens of times, explaining its actions by the need to prevent sophisticated weapons from falling into the hands of groups that Israel deems hostile, including the Lebanese Shiite movement Hezbollah.