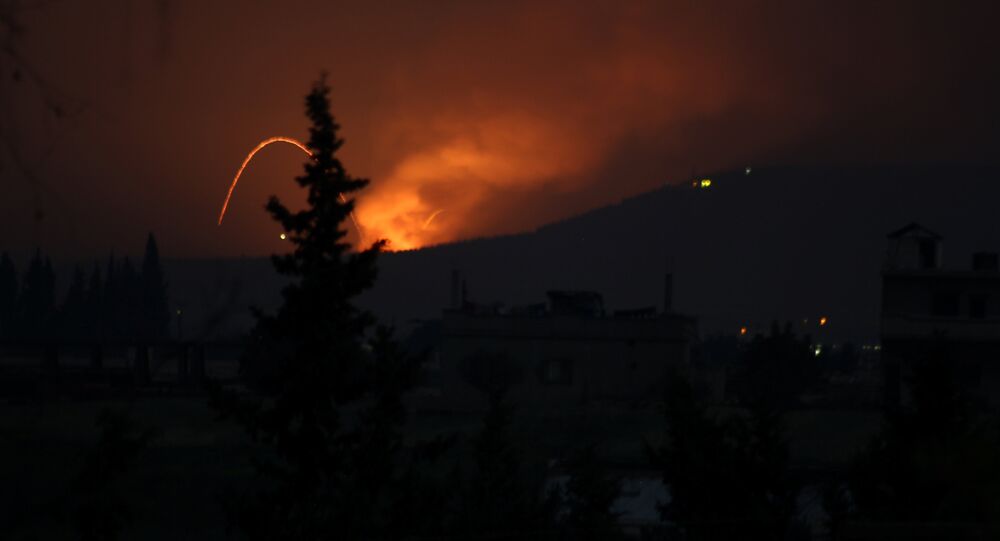 WASHINGTON (Sputnik) - The United States "has nothing to do" with reported strikes on targets in Syria early on April 30, US Defense Secretary James Mattis said.

"We had nothing to do with the strike last night," Mattis told reporters.

On Monday night, the Syrian government army in the provinces of Aleppo and Hama was subjected to a missile attack. According to some reports, ammunition depots were attacked. A number of media outlets reported the deaths of more than 26 Shiite fighters under the leadership of the Iranian Islamic Revolutionary Guard Corps (IRGC).

© REUTERS / ECPAD/French Military
Syrian Lawmaker Explains What Prompted France to Join US Strike on Syria
According to he Syrian Observatory for Human Rights, the attack is likely to have been an strike conducted by the Israeli military.

There have been no official statements from the Syrian government on the incident yet. It is also not known yet who struck at the Syrian army's warehouses.