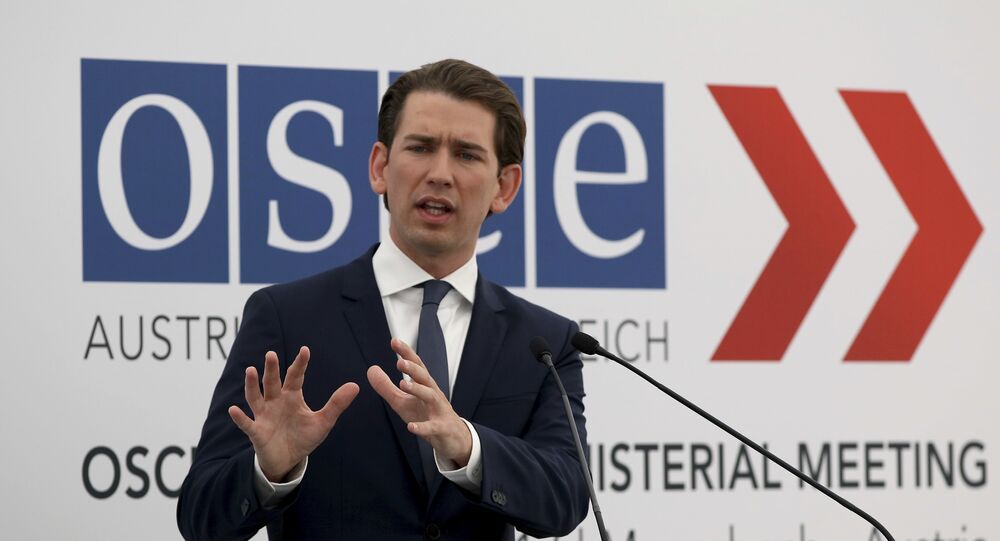 VIENNA (Sputnik) - Austrian Chancellor Sebastian Kurz has called for putting an end to mounting tensions around Syria, especially between Russia and the United States.

"I have just discussed the situation in Syria with Chancellor Merkel. We agreed that there is no military solution to the conflict. We must do everything to prevent further escalation, especially between the United States and Russia and promote the diplomatic peace process," Austrian Chancellor Sebastian Kurz wrote on his Twitter page.

He also stated that Austria does everything it can to support those who seek a political solution to the Syrian conflict and it is always ready to provide the country as a venue for negotiations.

Sebastian Kurz noted that Russia should be involved in the current efforts to find a peaceful solution to the Syrian conflict if it is to succeed.

"Therefore, I talked to President Putin about Syria, first of all about possible confidence building steps towards de-escalation and diplomatic initiatives to resolve the conflict," the Austrian chancellor said.

Earlier in the day, Kurz discussed the situation in Syria with his German counterpart, Angela Merkel.

© CC0
Headscarf Ban is 'Way Out of Communitarianism' - Austrian Right
Syria has been in the limelight in recent weeks as several media outlets, citing Syrian militants, accused Damascus of using chemical weapons in the city of Duma. The Syrian government and Moscow refuted the allegation, saying that the attack was plotted by the militants.

Without waiting for the results of the international investigation, the United States, the United Kingdom and France hit a number of targets in Syria early on Saturday in response to the alleged chemical attack in Duma. The move has already been criticized by a number of countries, including Russia, Iran, Belarus, and Cuba among others.