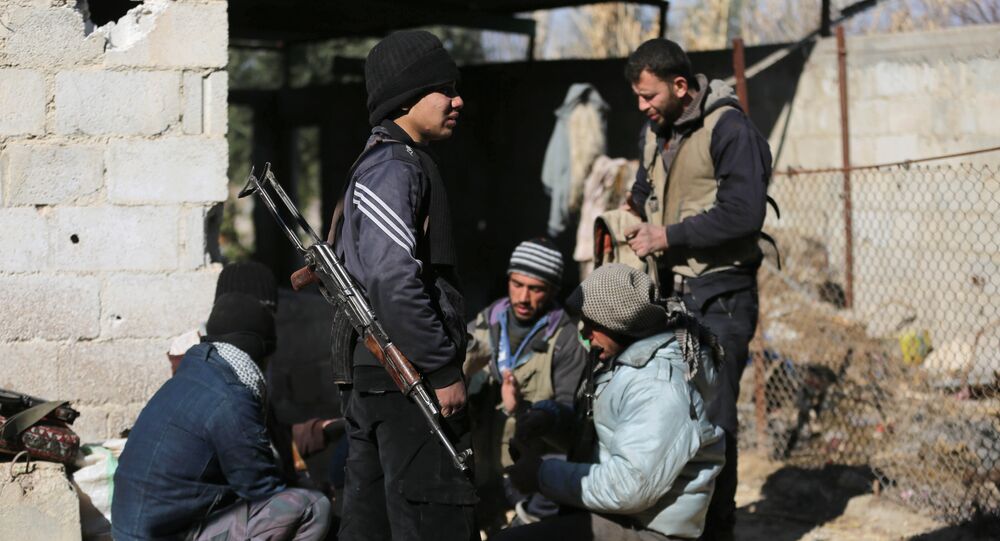 According to the agreement between the Syrian state and Jaysh al-Islam, about a thousand militants must leave the city and head to Jarablus in the north of Aleppo province, the SANA agency reported.

"The surrender of heavy and medium weapons has begun as part of the implementation of the agreement between the Syrian state and the Jaysh al-Islam militants in Dumayr," the SANA agency informs.

It is reported that about 60 militants have begun to turn in their weapons.

Dumayr is located to the south of the Eastern Qalamun region (80 km from Damascus), where outposts of armed groups still remain.

The Jaysh al-Islam militants have started leaving Douma under the framework of an evacuation agreement have been forced to give up their weapons.

Earlier, the evacuation of Jaysh al-Islam insurgents and their families had started via the Muhayam al-Wafedin checkpoint in Eastern Ghouta. Up to eight thousand insurgents and about 40 thousand of their family members in total have been reportedly evacuated from Douma.

Recently, local media reported that the citizens of Douma had taken to the streets calling on the militants to join the ceasefire with the Syrian government.