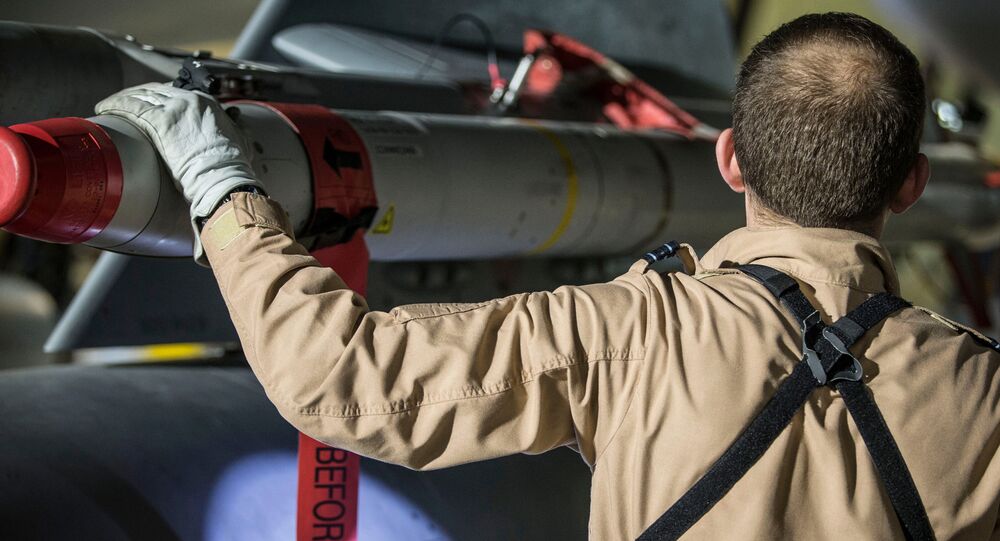 Earlier in the day, the United States, joined by the United Kingdom and France, launched about 110 missiles at targets in Damascus and beyond earlier on Saturday, according to the Syrian General Staff.

The Jaysh al-Islam militants' leader Muhammad Allush reportedly expressed indignation of the US-led strikes via Twitter and called it a "farce."

The strikes were launched in response to the alleged chemical attack in Douma, a city located in the Eastern Ghouta anclave near Damascus, which the West blamed on the Syrian government even prior to the launch of a probe into the incident. Damascus has strongly rejected the allegations of the use of chemical weapons and emphasized that the claims are being used in order to justify aggression against the government.

According to the Syrian General Staff, the country's air defense systems were able to shoot down most of the missiles launched by the US, the UK and France. Syrian President Bashar Assad stated that the attack had only united the Syrian people in their fight against terrorism even more.