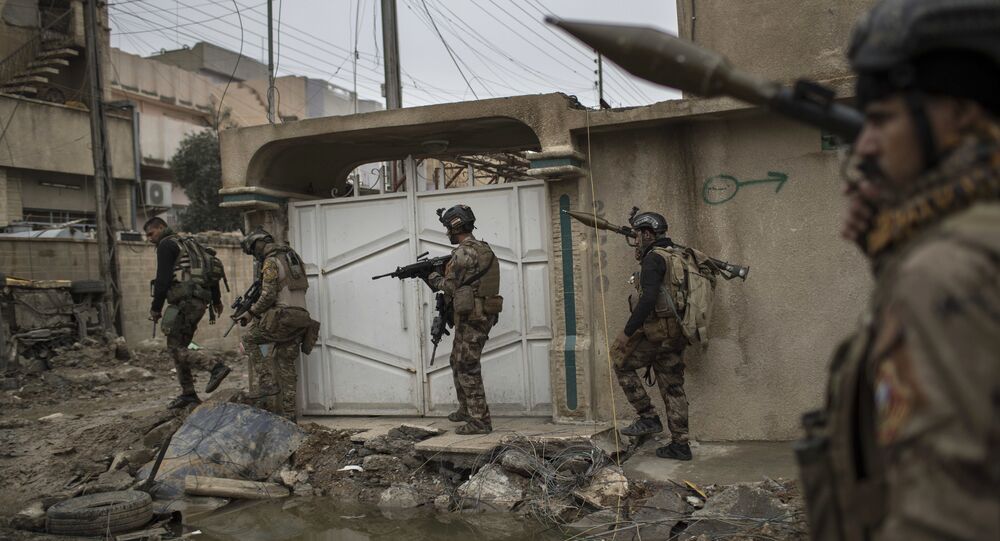 Iraqi Prime Minister Haider al-Abadi announced that the country would take all necessary measures to prevent cross-border attacks by Daesh militants in Syria.

Previously, Iraqi Prime Minister Haider al-Abadi announced the country's plans to launch a cross-border operation to fight against terrorists on the territory of Syria, explaining that the anti-terror campaign "developed from fighting terror in Iraq to fighting terror in the region".

In late 2017, Iraq declared the final defeat of the Daesh* terror group after years of fighting against the militants. The victory was celebrated with a military parade held in Baghdad's Green Zone.

The same year Syria was also victorious - the country's armed forces declared victory over Daesh, citing the liberation of the last town in Syria from the jihadists and the end of their three-year reign in the region.

This week, Daesh militants said in a statement posted on their social media accounts that they renew their pledge of loyalty to "the commander of the faithful and the caliph of the Muslims, the mujahid sheikh Abu Bakr al-Baghdadi."