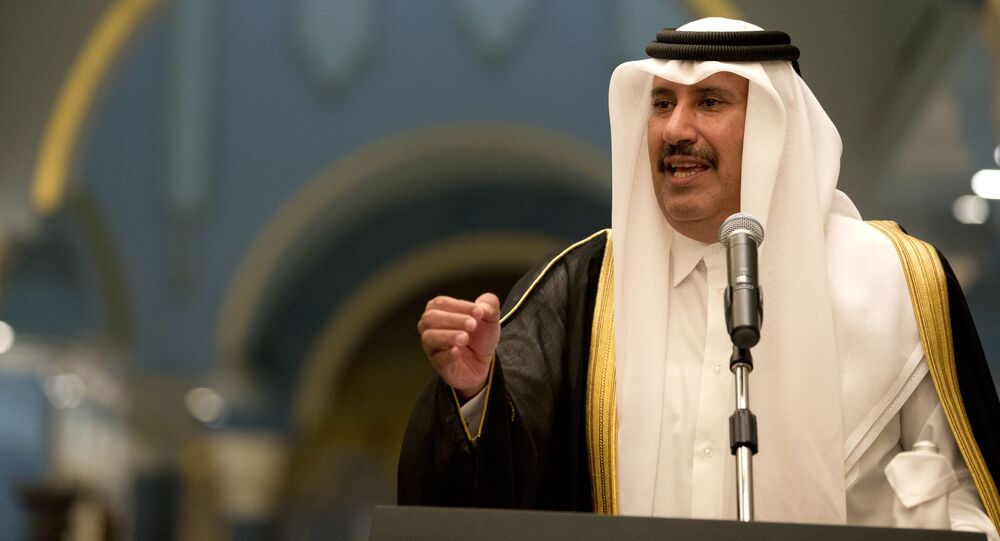 "Israelis have a right to live in their land in peace and safety, this is my conviction. I've had this conviction for many long years, and I still do," he noted.

He also pointed out that "we are timid in mentioning that the Palestinians have their rights as well."

The remarks came after Saudi Arabian Crown Prince Mohammed bin Salman told the Atlantic, "The Palestinians and the Israelis have the right to have their own land" and that a peace agreement is needed "to assure the stability for everyone and to have normal relations."

In a separate interview with Time magazine, Bin Salman signaled Saudi Arabia's readiness to support a peace solution pertaining to the Palestinian-Israeli conflict.

"And when it happens… we'll have good and normal relations with Israel and it will be the best for everyone," he stressed.

He was echoed by Saudi King Salman who reiterated "the kingdom's steadfast position toward the Palestinian issue and the legitimate rights of the Palestinian people to an independent state with Jerusalem as its capital," according to Saudi Arabia's state news agency SPA.

Hamad bin Jassim bin Jaber Al Thani's remarks came amid Saudia Arabia's ongoing crisis with Qatar. In June 2017, Saudi Arabia, Egypt, Bahrain and the United Arab Emirates broke off diplomatic relations with Qatar, accusing it of supporting terrorism and interfering in their internal affairs. The four Arab states then handed over an ultimatum containing 13 demands to Doha, but Qatar efused to comply with them.

The Palestine Liberation Organization (PLO) strives to establish a state on the territories of the Gaza Strip and the West Bank, including East Jerusalem, partly controlled by Israel.

In 2003, the Middle East Quartet, comprising the United Nations, the European Union, Russia and the United States, proposed a road map to resolve the Palestinian-Israeli conflict.

The focus has been placed on a two-state solution stipulating the creation of an independent State of Palestine alongside the State of Israel, west of the Jordan River.