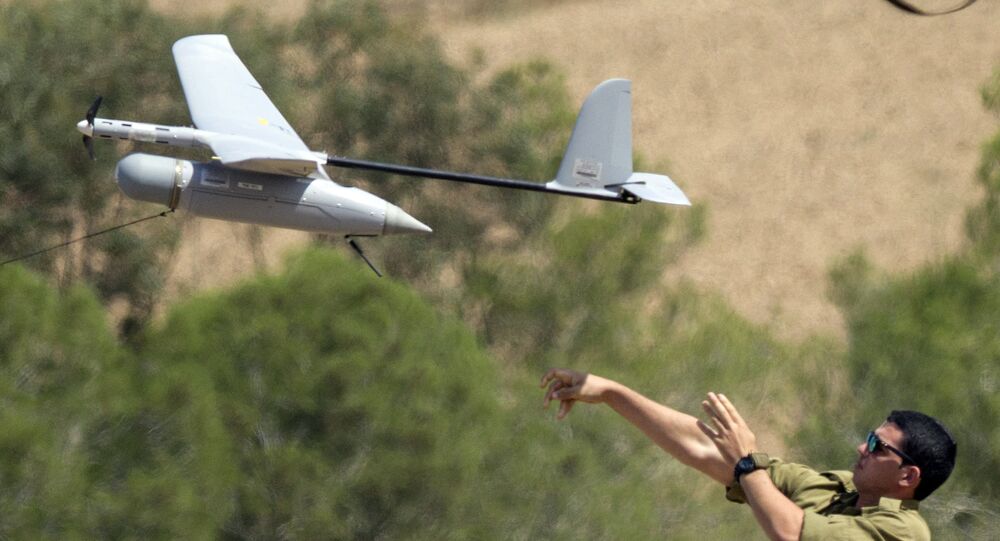 So far the Israeli army has already lost four of drones of this type, with three of them crashing just this month alone.

The Israel Defense Forces (IDF) have confirmed that they lost one of their drones in southern Lebanon on Saturday, adding the cause of the incident was a technical malfunction.

"The incident is currently being reviewed. There is no risk of leaked information," the statement, issued by the IDF said.

The statement comes after earlier in the day Hezbollah's al-Manar TV had reported that an Israeli drone crashed in southern Lebanon overnight between Friday and Saturday.

"An unmanned Israeli spy plane crashes between the villages of Beit Yahoun and Baraachit," al-Manar reported.

The drone was reportedly identified as a tactical surveillance UAV Skylark used by Israeli artillery troops.

This is the fourth drone, the Israeli army has lost this year so far. The first one crashed in southern Lebanon in January, prompting the Israelis to launch a cross-border raid to recover it. Two other drones were lost earlier in the month in southern Syria and in the northern part of the Gaza Strip.