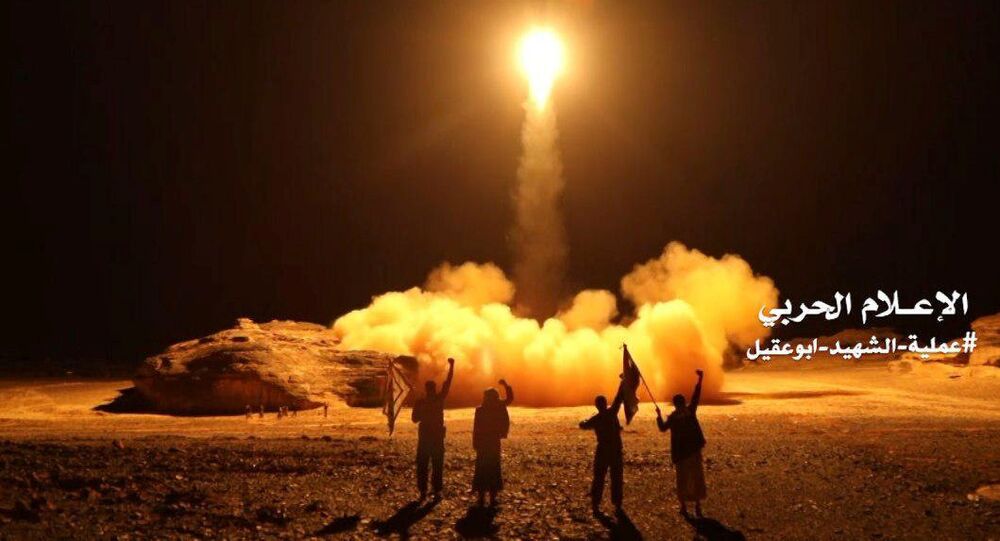 Earlier, the Saudi-led coalition said that seven missiles launched from Yemen toward Saudi territory have been intercepted.

According to Tasnim news agency, Iran's Revolutionary Guards (IRGC) denied that Tehran has provided the Houthi movement in Yemen with ballistic missiles.

"Everyone knows that all routes to send arms to Yemen are blocked," political deputy of the Islamic Revolutionary Guards Crops (IRGC), Brigadier General Yadollah Javani said, as quoted by Tasnim news agency.

"Yemenis have reached the capability to produce their own defensive weapons including missiles; an achievement that has been inconceivable to Saudis," he added.

The Saudi-led coalition on Monday threatened retaliation against Iran after Houthi missiles were launched at its territory, AFP reported. Tehran, in its turn, has repeatedly denied providing the Shiite rebels with military equipment, while admitting political support for the group.

Since 2015 Yemen has been engulfed in a conflict between the government, headed by Yemeni President Abd Rabbuh Mansur Hadi, and the Houthi movement. The Saudi-led coalition has been carrying out airstrikes against the Houthis since March 2015.