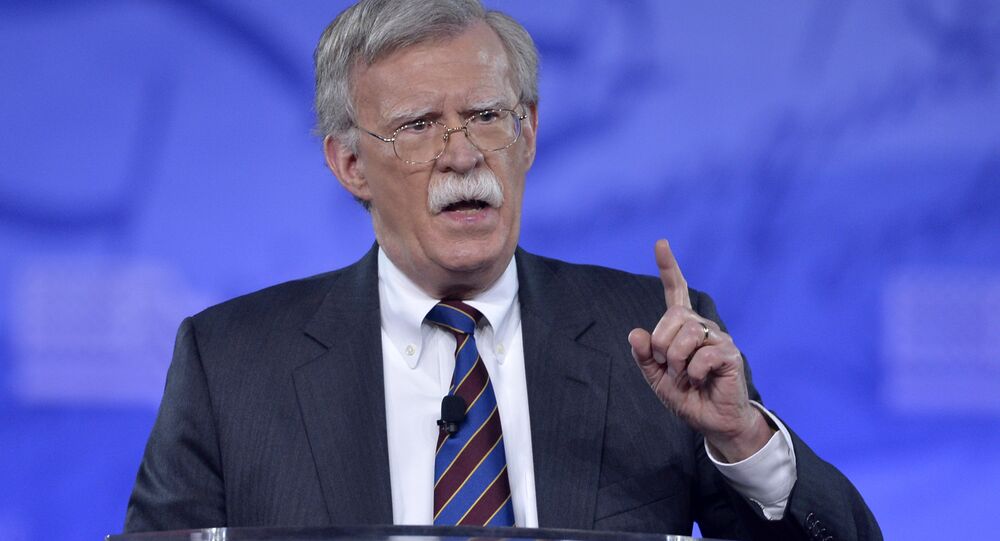 On March 22 Trump replaced H.R. McMaster with a prominent “hawk” and former US ambassador John Bolton, who is a known critic of Iran and its nuclear deal, as his National Security Adviser.

Iran's secretary of the Supreme National Security Council Ali Shamkhani has lashed out at the appointment of former US ambassador John Bolton as US National Security adviser, said the Iranian Fars news agency. The secretary specifically pointed out Bolton's ties to the Mujahedeen-e-Khalq (MEK) group, the Iranian Marxist opposition seeking to overthrow the Ayatollah government and had been on terrorist group lists both in Europe and the US for a long time (until it was removed in 2009 and 2012 respectively) and still is in Iran.

"It is a matter of shame that its [US] national security adviser receives wages from a terrorist group," Ali Shamkhani said.

Bolton has been visiting conferences organized by MEK, who consider themselves an Iranian government in exile, for years and in 2011 his delegation supported their notion of removing the group from the US list of terrorist organizations. Bolton pointed out then that US policy should "unequivocally" be aimed at the "overthrow of the regime in Tehran."

READ MORE: Iran Protests: 'US Clearly Trying to Promote Policy Agenda of Its Own' — Analyst

John Bolton has harshly criticized the Iranian nuclear deal, struck by Obama's administration in 2015. Trump has also expressed his discontent with the deal and threatened to exit it, over the protests in Iran that started on December 28, 2017 and lasted several weeks. Iran was criticized by western countries for quashing the protests and arresting some 450 people, while Teheran shrugged off accusations of human rights violations, claiming it has evidence that the riots were orchestrated from abroad.