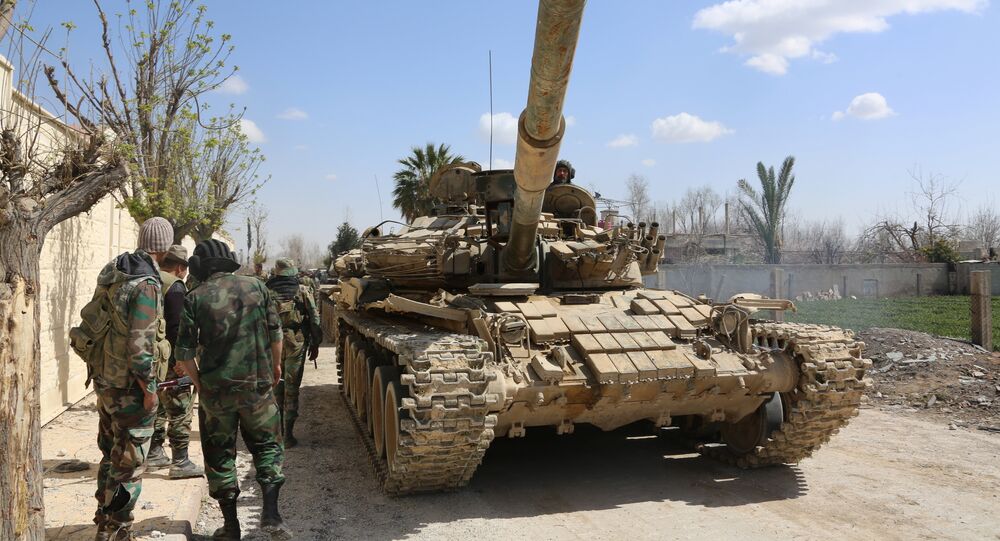 The use of modern technology for reconnaissance was one of the factors that contributed to the success of the advancement of the Syrian army in Eastern Ghouta. A lieutenant colonel of the Syrian army spoke to Sputnik about the use of drones in military operations.

A lieutenant colonel of the Syrian army, who participated in some of the operations to liberate Eastern Ghouta told Sputnik that with the help of drones the Syrian army was well aware of all the fortifications, defenses, warehouses and logistics routes of the militants in the city.

“The unmanned aerial vehicles are of great importance for obtaining intelligence information, which greatly assists in the success of the Syrian army,” the lieutenant colonel said.

According to the lieutenant it was possible to significantly reduce losses in personnel and equipment and to respond quickly and precisely to the data received.

On Friday, the Syrian troops took control of two militant strongholds in the Eastern Ghouta enclave outside Damascus, according to a source familiar with the situation on the ground.

Earlier, after liberating the settlements of Saqba and Kafr Batna, Syrian army conducted the offensive against the fortified positions of the terrorists in the southern outskirts of Ein Tarma.

The Syrian army command announced that they have liberated 70 percent of the territory of the Damascus suburb from the terrorists. Eastern Ghouta was held by anti-government Islamist extremists in 2012, but the Syrian troops have reportedly liberated more than half of the area since then.