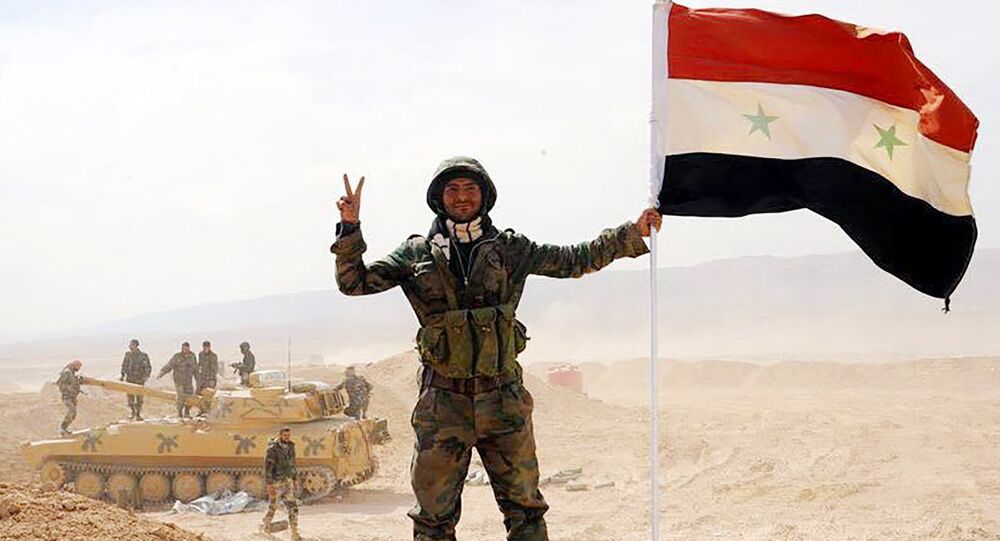 Syrian Air Defenses, Army Ready to Repel Any Attack, Including US Strike - Envoy

Syrian Ambassador to Russia Riyad Haddad has commented on US envoy to the UN Nikki Haley's claims that Washington is ready to take action on Syria if necessary.

"We are ready for any possible situation that Syria may face. Our army is prepared, as well as air defense forces, we are ready to repel any attack in order to preserve the sovereignty on our territory and to protect our people," the ambassador said to Sputnik.

© REUTERS / STRINGER
Syrian Army Conducting Offensive on One of Terrorists’ Main Strongholds in Eastern Ghouta
Haddad went on to say that Damascus along with Moscow had revealed that terrorists were preparing provocations with the use of chemical weapons in order to use them as a pretext for new attacks against Syria by Western states.

"[The attacks are aimed] first of all, at influencing international public opinion and encourage the powers supporting the militants to attack them, as was done earlier in Khan Shaykhun," he stressed.

The ambassador reminded that the US had attacked the Shayrat Airbase without presenting that it was used for conducting the chemical attack.

"These were missile strikes carried out without any evidence, any confirmation of who had used the chemical weapons," he added, saying there was more evidence that the militants were behind the attack.

© AP Photo / Edlib Media Center
A victim of a suspected chemical attack as he receives treatment at a makeshift hospital, in the town of Khan Sheikhoun, northern Idlib province, Syria. File photo
© REUTERS / STRINGER
'True Colors': WATCH Raw Footage of Syria's Eastern Ghouta Revealed by Russia
US ambassador to the UN, Nikki Haley stated at the recent UN Security Council meeting that the international community was unable to counter Damascus at the moment Syrian troops conducted what she called a chemical attack in the province of Idlib. After that Washington carried out an attack against Syria's Shayrat Airbase.

Damascus has strongly denied the accusations of involvement in the alleged chemical attacks in the country, stressing that the UN-backed Organization for the Prohibition of Chemical Weapons (OPCW) had confirmed that it eliminated all chemical weapons in 2016.