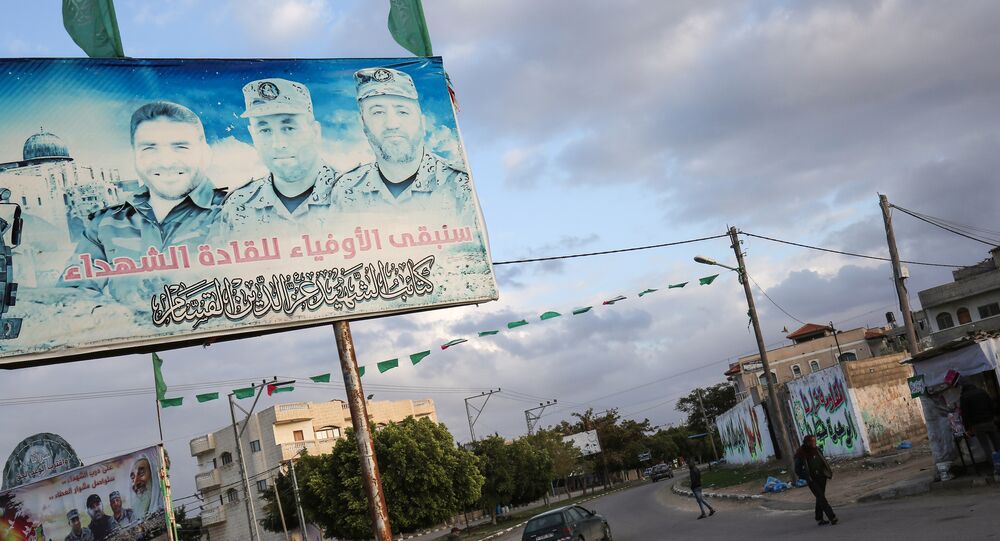 RAMALLAH (Sputnik) - The Palestinian National Authority (PNA) has demanded from the Hamas movement to hand over full control over the Gaza Strip, the Palestinian government said in a statement obtained by Sputnik.

"The council of ministers demands from the Hamas movement to immediately cede control over the Gaza Strip," the statement said.

According to the document, the government is ready to take responsibility for Gaza in order to save it from the dangers that surround it and prevent Israel from splitting Palestine.

The statement was issued after Palestinian President Mahmoud Abbas had directly accused Hamas of the bomb attack on Palestinian Prime Minister Rami Hamdallah's motorcade during his visit to Gaza last week and threatened to impose sanctions against the enclave.

© REUTERS / Suhaib Salem
Gaza Strip Police Detain Suspects of Blowing Up Palestinian PM's Motorcade
In October 2017, Hamas and its rival Fatah faction, headed by Abbas, signed a reconciliation agreement, prior to which Hamas agreed to hand over administrative control of the Gaza Strip and start talks with Fatah in order to hold a general election in Palestine. In late November, the two sides agreed to hold parliamentary and presidential elections in Palestine before the end of 2018.

Nabil Shaath, the foreign affairs adviser of Abbas, told Sputnik in February that the intra-Palestinian reconciliation process had been put on hold, because the Hamas movement had not yet relinquished administrative control over the Gaza Strip.