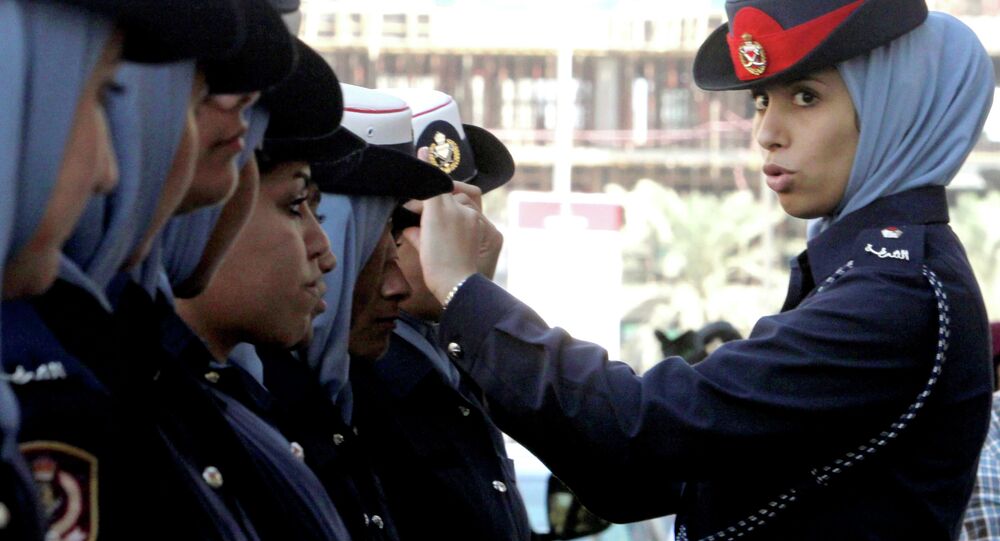 Bahrain on Saturday announced the arrest of 116 people accused of forming a terrorist cell allegedly tied to Iran’s Revolutionary Guards, and said the country had averted a number of attempted terrorist attacks by the group on its security forces and its oil and other vital facilities.

State news agency BNA revealed that security services had seized a number of arms and 42 kilograms of explosives as part of their investigation.

"The roles of terrorist elements have varied in planning, preparation and execution between explosive carriers and field outlet, they were responsible for manufacturing, transporting and storing explosive materials," a Saturday statement from Bahrain's Interior Ministry said, according to Arab News.

"Iran's Revolutionary Guards have intensified recruitment of terrorist elements and provided them with funds, firearms and improvised explosive devices." As many as 48 of those detained had been trained in using explosives, firearms, artillery and even grenade launchers at IRGC facilities in Iran, Iraq and Lebanon, the Interior Ministry claimed.

Since the mass uprisings of 2011, when Bahrainis clamoured for an elected government and were brutally repressed, Manama has cracked down further on dissent. The country frequently invokes the death penalty for charges of terrorism, as it did most recently on Monday, when a death sentence for what Bahrain described as an Iran-linked bombing targeting police was upheld. Those convicted of terrorism or similar charges are also often stripped of citizenship.

The tiny Gulf nation is home to the US Fifth Fleet.