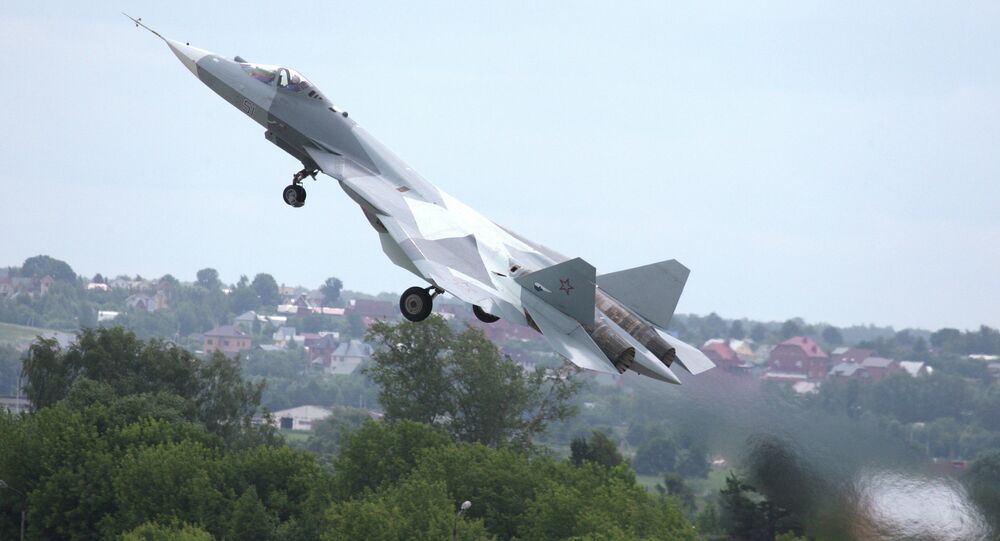 Russian and Syrian officials have yet to comment on unverified footage of the Russian fifth generation stealth fighter jet Su-57 allegedly spotted in Syria’s sky.

An image and video showing the Su-57, also known as T-50 or by its program name the Pak Fa (Prospective Aviation Complex of Frontline Aviation) have surfaced on Twitter, when user Wael Al Hussaini posted them on his feed.

While the quality of the footage does not allow it to determine whether it is indeed the brand-new aircraft, Russian Air Forces have yet to confirm or deny the jet’s deployment in Khmemeim air base.

Responding to the reports on alleged deliveries of the latest fighter jets to Syria, Kremlin spokesman Dmitry Peskov redirected the question to the Ministry of Defense.

Designed by Russian aircraft manufacturer Sukhoi, the new Su-57 is developed for air superiority and attack roles; it’s fitted with a groundbreaking avionics system capable of autonomous calculations of the battlefield situation to assist the pilot. The fighter jet is also equipped with airborne active phased array radar, allowing it to detect air, ground and naval targets at distances far beyond most modern system, as well as to strike the enemy with a variety of modern weapons, including short, medium and long-range air-to-air, air-to-ground, and special anti-radar missiles.