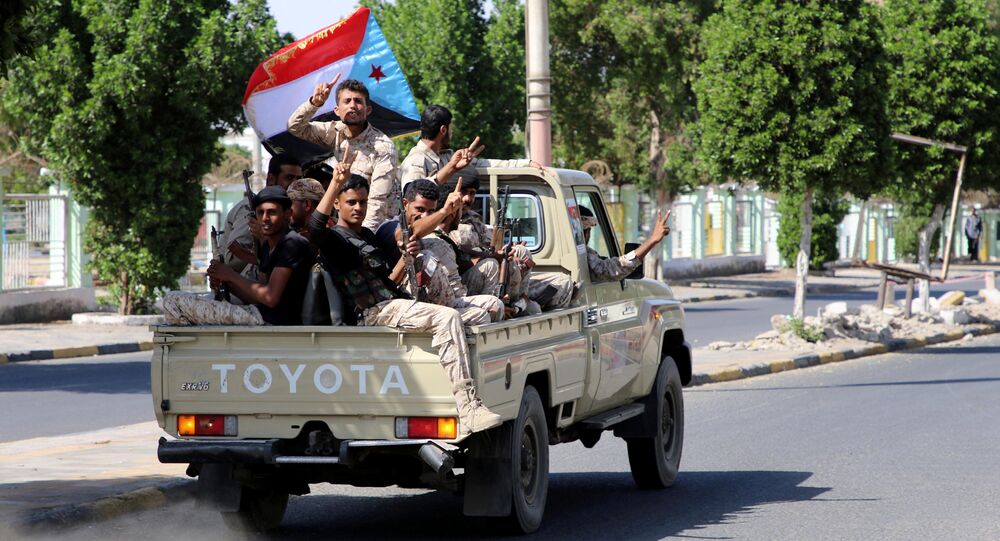 More than twenty people have already been killed in heavy clashes between the pro-government forces and supporters of the Southern Transitional Council in Yemen's port city of Aden.

The statement came amid the ongoing fierce clashes between two former allies, pro-government forces and STC militants, which erupted after Yemen's internationally recognized government failed to meet a deadline to resign.

Late last week, more than twenty people were killed in the clashes as supporters of a movement to restore South Yemen's independence from the North reportedly captured several government facilities.

President Abdrabbuh Mansour Hadi, who was earlier backed by STC militants, has accused them of trying to stage a coup. He is currently under pressure by South Yemen to replace both the Prime Minister and parliamentary cabinet.

Hadi previously fled from advancing Houthi militants to his hometown of Aden, and alongside the Saudi-led coalition helped push the Houthis away from southern regions.

Activist: ‘Hadi Has to Go, Someone More Moderate' Must Lead Yemen